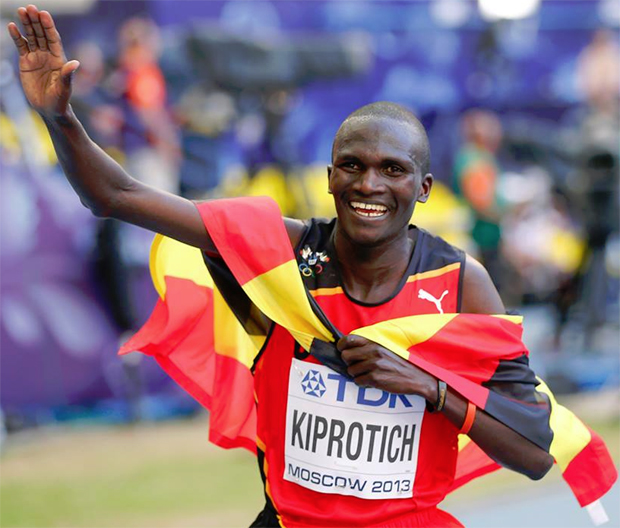 Uganda Athletics Federation (UAF) has named one of the country’s top runners Stephen Kiprotich in the marathon team for the Tokyo Olympics.

The Tokyo Olympics that were postponed last year because of the Coronavirus (COVID-19) pandemic is now slated to take place July 23 to August 8th in Japan.

Kiprotich won a gold medal at the London Olympics 2012 after Uganda had last won her last gold medal in 1974.

“It is true Kiprotich has been selected as part of the three man marathon team for the Olympics to take place in Japan,” UAF President Dominic Otuchet confirmed on Tuesday.

Even after coming 5th in the NN Mission Marathon last month in Enschede, Netherlands, Kiprotich was still placed behind three other Ugandan runners and would have easily missed the Olympics.

He said the women’s team picked for the Tokyo Olympics comprises Juliet Chekwel who ran 2:23:13 at the Zurich Marathon last year and Immaculate Chemutai who clocked 2:29:09 during the Xiamen Marathon last month.

“The marathon teams were picked based on the form from last year and the current one,” added Mawerere.

Besides athletics, Uganda will also have three boxers and a rower at the Tokyo Games. Uganda is still struggling to qualify athletes in weightlifting and Swimming for the Games during the qualifying window.