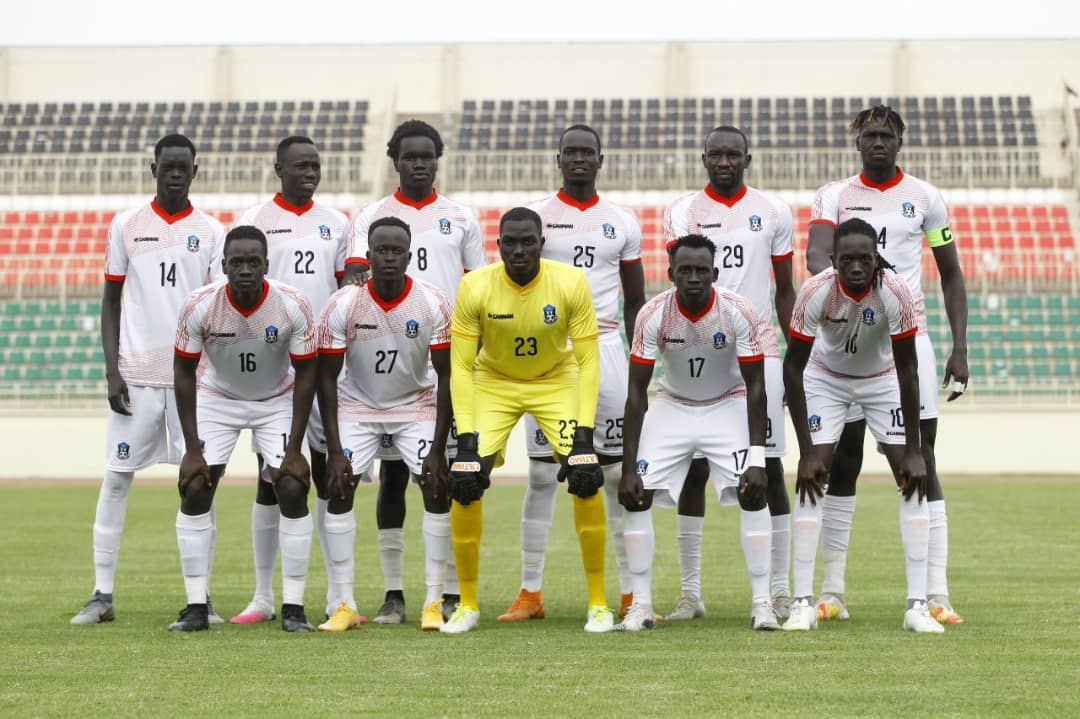 The South Sudan Football Association (SSFA) has confirmed  that nine national team players have tested positive for the COVID-19 in Doha, Qatar.

South Sudan’s Bright Star are scheduled to face Jordan on Monday in a preliminary match of the FIFA Arab Cup at the  Khalifa International Stadium.

“At least nine of the Bright Star’s players and one technical staff were tested positive and immediately isolated as per the precautionary measures applied. Meanwhile, six more players who had contact with the infected players were put under surveillance,” said the SSFA communication released today.

Francis Amin Michael, President of the SSFA told Sports News Africa in an interview that although they are saddened by the development, they will still be ready to raise a full team to play.

“The delegation has had second COVID-19 tests and we are waiting for the result. But even with the nine players out, we can still field a team to play Jordan,” added the SSFA boss.

However, the South Sudan team will have to wait from FIFA and the Asian Football Confederation (AFC) if the team can still go ahead to play Jordan on Monday or forfeit  the match.

The preliminary round of the 2021 FIFA Arab Cup kicked off on Saturday with Sudan ejecting Libya 1-0. Today another team from the Council of East and Central African Football Associations (CECAFA) zone Somalia will face Oman.

Seven matches are to be played in the preliminary round of the tournament before the major event between 16 teams slated for November 30th to December 18th.