Achraf Hakimi: "Madrid was my home but they decided otherwise'' 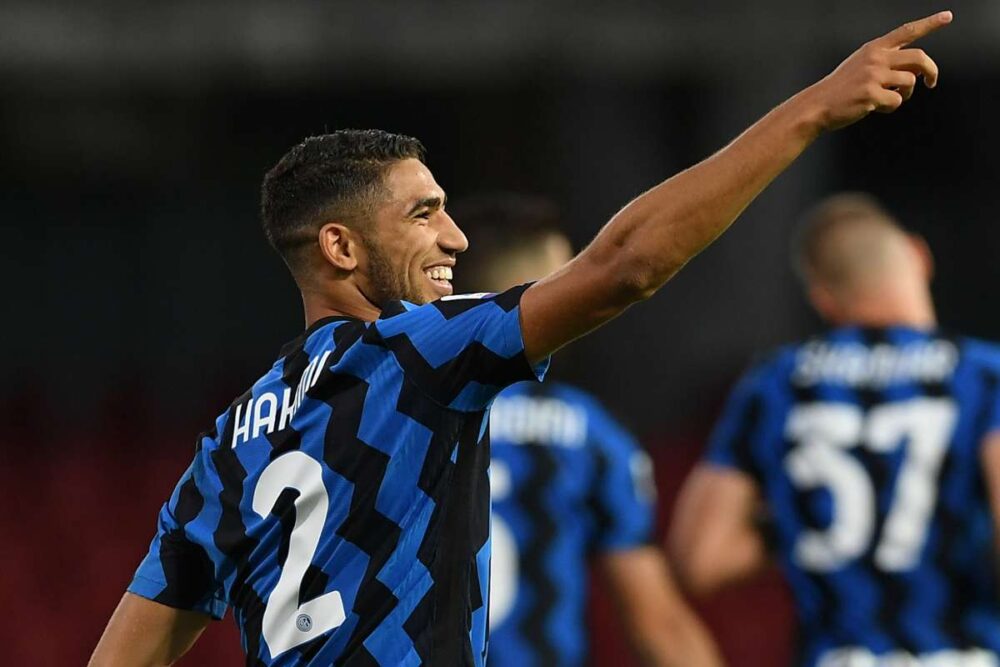 Achraf Hakimi: "Madrid was my home but they decided otherwise''

Achraf Hakimi, who trained at Real Madrid, had to move away from the White House to make a name for himself. Crowned Italian champion since Sunday with Inter Milan, the Moroccan believes that Madrid did not trust him enough.

Achraf Hakimi is a happy footballer at the moment. The Moroccan fullback has just won his first trophy with Inter Milan, whom he joined last summer. The Atlas Lion scored in Saturday's decisive 2-0 win over Crotone and made a major contribution to Inter's 19th scudetto. In 33 Serie A games, the 22-year-old was decisive 14 times with 7 goals and 7 assists. This is not bad for a defender who is used as a right back in the two favorite systems of his coach Antonio Conte (3-5-2 or 3-4-3). However, Achraf Hakimi might never have pulled on the shirt of the Nerrazurri.

Born in Spain on 4 November 1998 and brought up in Castilla, which he joined at the age of eight, wearing the white shirt of Real Madrid seemed to be his destiny. The talented full-back grew up with praise at all of Real's youth levels. However, he was forced to leave the club at the age of 20 to make a name for himself. With a twinge of regret, however. The bitterness of having been forced to leave was evident when a Spanish journalist asked him yesterday, Sunday, if he was thinking of returning to the fold. "Going back to Real? They had the opportunity at the time. Madrid was my home and I wanted to play there, but they decided otherwise. It bothers me that they felt I was afraid to impose myself on the position. Because I felt I could do it. I don't know if it was Zidane or the club," the Moroccan told Chiringuito.

Hakimi said he regrets the lack of confidence of Madrid's decision-makers. The Atlas Lion has proved during his two seasons on loan at Dortmund that he can make his mark at a big club, scoring seven goals and providing 14 assists in 54 Bundesliga games. But Real and Zizou preferred to keep the experienced Dani Carvajal and collect 40 million euro from Inter Milan. To the delight of the Inter players and the fulfilment of Hakimi. "Perhaps they needed the money because of the Covid-19 crisis," the Moroccan wondered. In the end, everyone seems to have found something to their liking.