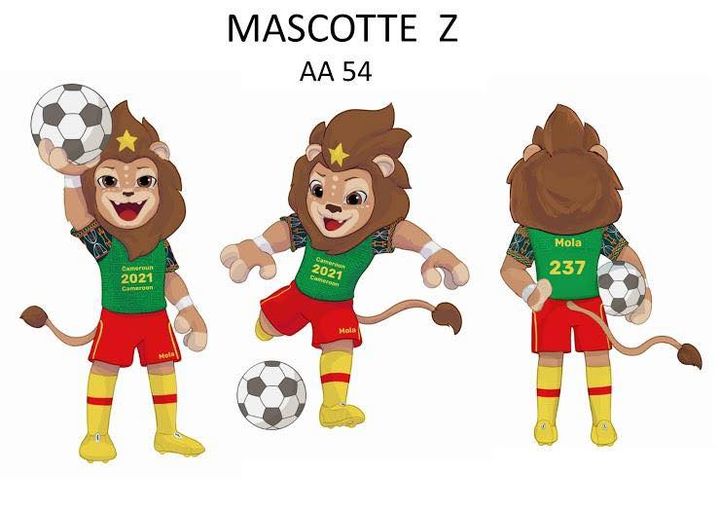 Cameroon has taken another decisive step in the preparations for the organization of the next African Cup of Nations (CAN). The official anthem and the mascot of the tournament scheduled from 9 January to 6 February 2022 were indeed unveiled on Saturday. It was during a ceremony chaired by the Minister of Sports, Narcisse Mouelle Kombi, air on the national television, the CRTV Sports and Entertainment.

It is the mascot concocted by Cameroonian Felix Fonkoua who was selected after the votes organized yesterday. Named "Mola", Cameroonian slang which refers to brotherhood, it is a young lion dressed in the green, red and yellow colors of the national flag. He obtained an overall average of 22/40 ahead of his competitors. The general public had the chance to vote for twenty minutes prior to the final announcement late Saturday night.

As for the anthem, it was the collective "Africa Smile" that won the competition, with an overall score of 86.31/100. The anthem and the mascot of the 2021 African Cup of Nations will be presented to the Confederation of African Football (CAF) for validation in the coming days.

Preparations have clearly entered high gear as Cameroon looks forward to hosting a 24 team AFCON come 2022. After the validation of the anthem and mascot by CAF, it will be the last bend towards the competition; the draws to determine the various pools of the competition. That ceremony too has been slated for June 2021 in Yaounde, Cameroon.