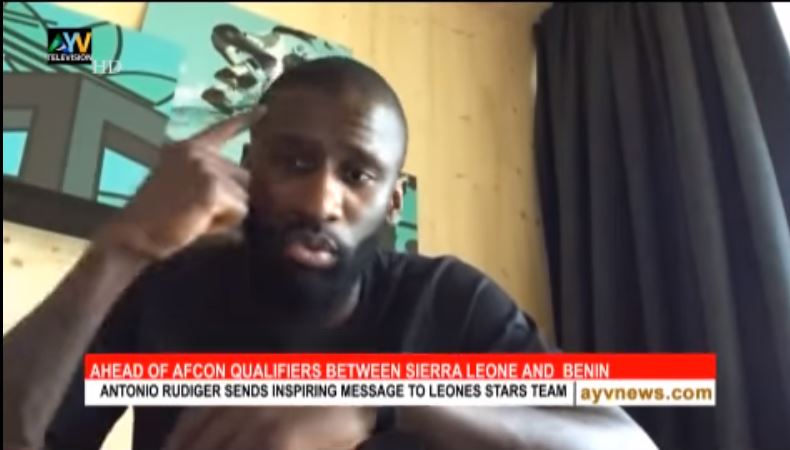 Chelsea's German defender Antonio Rüdiger sent a special message of encouragement to Leone Stars before their crucial qualifier against Benin.

The last time Sierra Leone showed up at the finals of the Africa Cup of Nations was in 1996, close 25 years in the doldrums, the West African nation was at the verge of making history on an away trip, a very difficult one to face Benin in Guinea.

The team needed all forms of support prior to the game which was termed controversial, following a series of scheduling and rescheduling by the Confederation of African Football. Owing to challenges posed by the current health crisis, the match had been postponed severally.

Finally, the game was played on June 16 and prior to the game, the German defender who is currently representing his adopted nation Germany at the Euro 2020 competition still took out time to send a message of encouragements to the Sierra Leone team before they took on Benin at the Lansana Conté Stadium in Conkary, Guinea.

The player spoke in English and pidgin English in an interview with www.ayvnews.com

His message paid off big time as Sierra Leone beat Benin 1-0 in the game to become the 24th team to play in the competition in Cameroon in January 2022.

Rüdiger's mother Lily Rudiger is originally from Sierra Leone and the player has kept his relationship with the nation. Rudiger has visited Sierra Leone on several occasions and has always been a keen supporter of the Leone Stars.