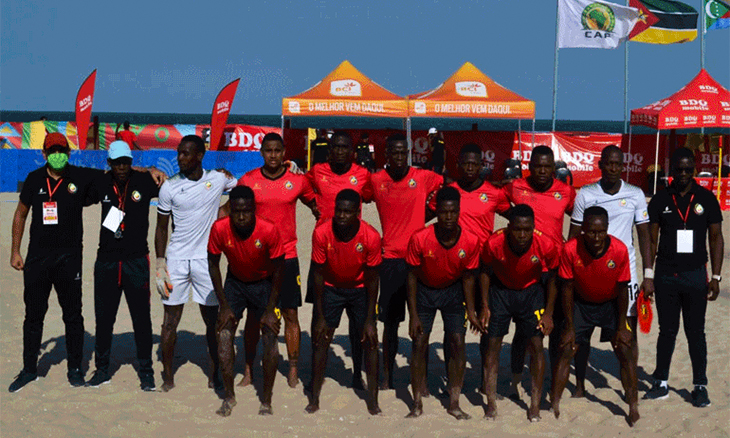 Mozambique, who are in Group B with Egypt, Morocco and the Seychelles, are intensifying preparations in a training camp which is currently taking place in Portugal. The "Mambas" are growing in confident before the start of the African Cup of Nations Beach Soccer, which will be held from 23 to 29 May in Senegal.

Mozambique's beach soccer team is about to complete its preparation for the 2021 African Cup of Nations scheduled to take place in Dakar from 23 to 29 May. In training in Portugal since May 10, the "Mambas" have played three friendly matches, drawing two of them by the same score (4-4) and against the same opponent, ACD Sótão, and winning one (6-3) against Grupo Desportivo Nazarenos.

These results reassure the Mozambican coach. "The balance sheet is positive. We have achieved the objectives defined in Maputo. The technical, tactical and physical aspects of the team have improved," Abineiro Ussaca told Opais.

Defensive shortcomings to be corrected

However, the coach pointed out the weakness of his defense, which has conceded 11 goals in three games. "We played against teams with a European style of play in the first two games but we conceded four goals in each game. For us, that's too much," he said.

Ussaca said he was pleased with his team's physical progress. The "Mambas", who are 90% fit, according to their coach, should be at 100% before the opening of the CAN. They will deliver four training sessions on Portuguese soil before flying to Dakar on Friday 20 May.