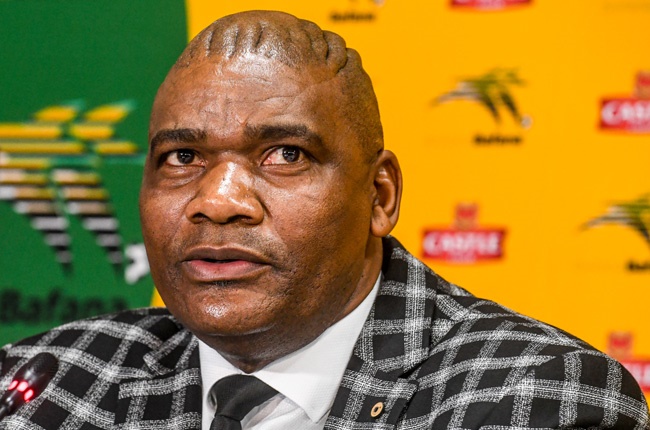 South Africa is arguably the most revered football nation in terms of infrastructure yet the Rainbow nation has failed to qualify for Africa's most rated football competition the AFCON 2021 to be played in Cameroon next year.

South Africa surrenders her chances of qualifying from group C to Sudan who accompanies Ghana, group leaders into the final phase of the competition.

In a group wherein the Bafana Bafana were logged with Ghana, Sudan , and Sao Tome and Principe, no one could bet against their qualification. South Africa seemingly had only Ghana as a road block in the group.  Unfortunately that was not the case as they lost their last hope after losing in Sudan. Head coach Molefi Ntsek knows the consequences of missing out on qualification.

Bafana Bafana only needed a point in Sudan on the sixth and final day to advance. South Africa's coach even travelled to Khartoum with a plan. But it was a bitter defeat that Percy Tau's teammates brought back from Khartoum.

"It was a very big setback for us to concede two goals in the first half. We missed chances. We couldn't score a goal or equalize that day," he admits. But more than the defeat, it is the prospect of missing out on the Cameroon game that is bothering the coach.

"Not qualifying taints our image, our possibilities," Ntseki added.

''As passionate South Africans, we expected Bafana Bafana to qualify for the Africa Cup of Nations - and maybe do better than last time. We, the players and coaches, are very aware of the emotional pain we have caused all South Africans."

But after this painful outcome, it's time to get the troops back together. The 2022 World Cup qualifiers are coming up, and South Africa will have to get out of Group G where Ghana, Zimbabwe and Ethiopia complete the group.