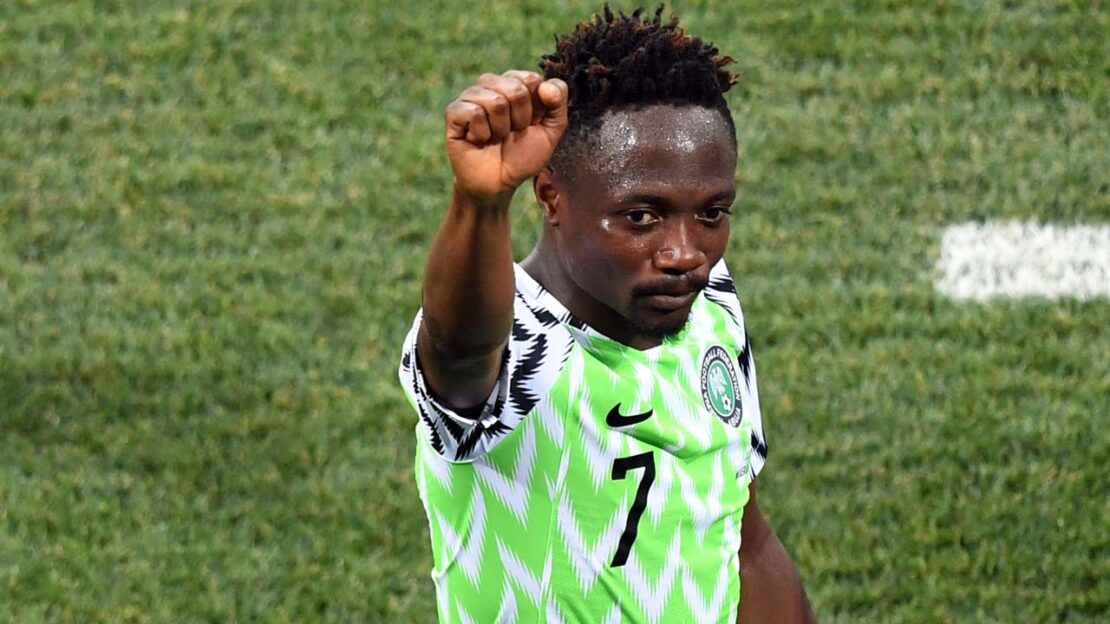 The Nigeria international had resigned with the Kano based outfit in April but did not make the traveling squad to Warri, Delta State, where the Sai Masu Gida were forced to a 1-1 draw at Warri Wolves last week.

However, the Super Eagles captain made his long anticipated run when he was handed a starting role against Adamawa and he made a crucial contribution, assisting Rabiu Ali for the grabbed the match winner.

Following a draw in Warri, Ibrahim Musa's side were hoping to bounce back to winning ways at the Sani Abacha Stadium but could not find the back of the net despite their huge dominance in the opening first half of the tie.

After the half time break, they continued to pile up pressure but failed to find a breakthrough despite the hosts wre gifted with a penalty kick off a foul on Ali, who later could not convert the ensuring kick from the spot.

With ten minutes left to play, Musa set up Ali to score the crucial matchwinner in the 80th minute.

The result brightened the title ambitions of the Pyramid Boys as they retained the second spot on the NPFL log with 40 points from 21 matches but tied with leaders Akwa United, who secured a 2-0 win over city rivals Dakkada FC.

Following his impressive start, Musa will be eager to enjoy a scoring outing if given his second start in Kano Pillars showdown with another northern rivals Katsina United in their next encounter on May 23.