Ajara to face Chelsea in last 16 of UEFA Women’s CL. 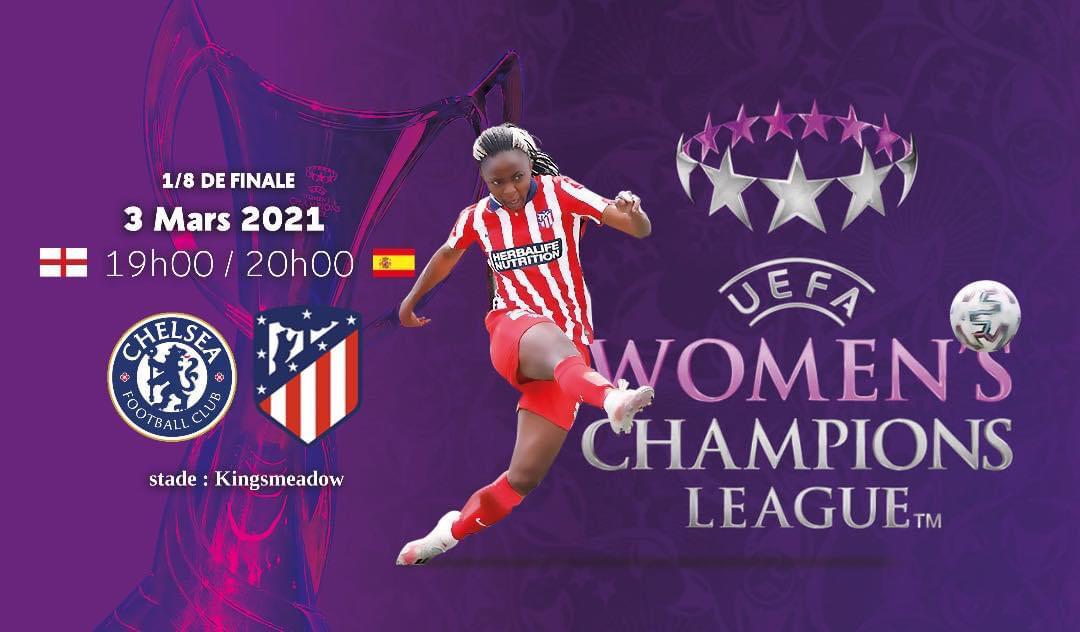 Indomitable Lionesses' spearhead Ajara Nchout Njoya and her Spanish Women’s top flight side Athletico Madrid are currently in England, where they will face Chelsea FC’s Women’s team in the last 16 of the UEFA Women’s Champions League, this Wednesday, March 3, 2021.

The 28-year-old joint Atletico Madrid Femenino from Norwegian side Valerenga at the end of the year 2020. She played in 40 league games for Valerenga, scoring 20 goals in two seasons.

Last season, she helped Valerenga to a domestic double, League and Cup and finished as the league’s top scorer.

With Athletico, she has already won the Spanish Super Cup, scoring two and assisting another in their win over Levante. She has also participated in six league games in Spain, scoring one goal.

She has been very prolific already in the UEFA Women’s Champions League, with three goals in her two previous outings with Atletico Femenino.

They earned their place in the round of 16 with a 9-2 aggregate win over Swiss side Chênois GE after a 2-4 away win and. 5-0 win in the return leg game in Spain.

On their part Chelsea made light work of Benfica with an 8-0 aggregate win.
It’s, therefore, a game of high scoring teams so it promises to be highly entertaining.