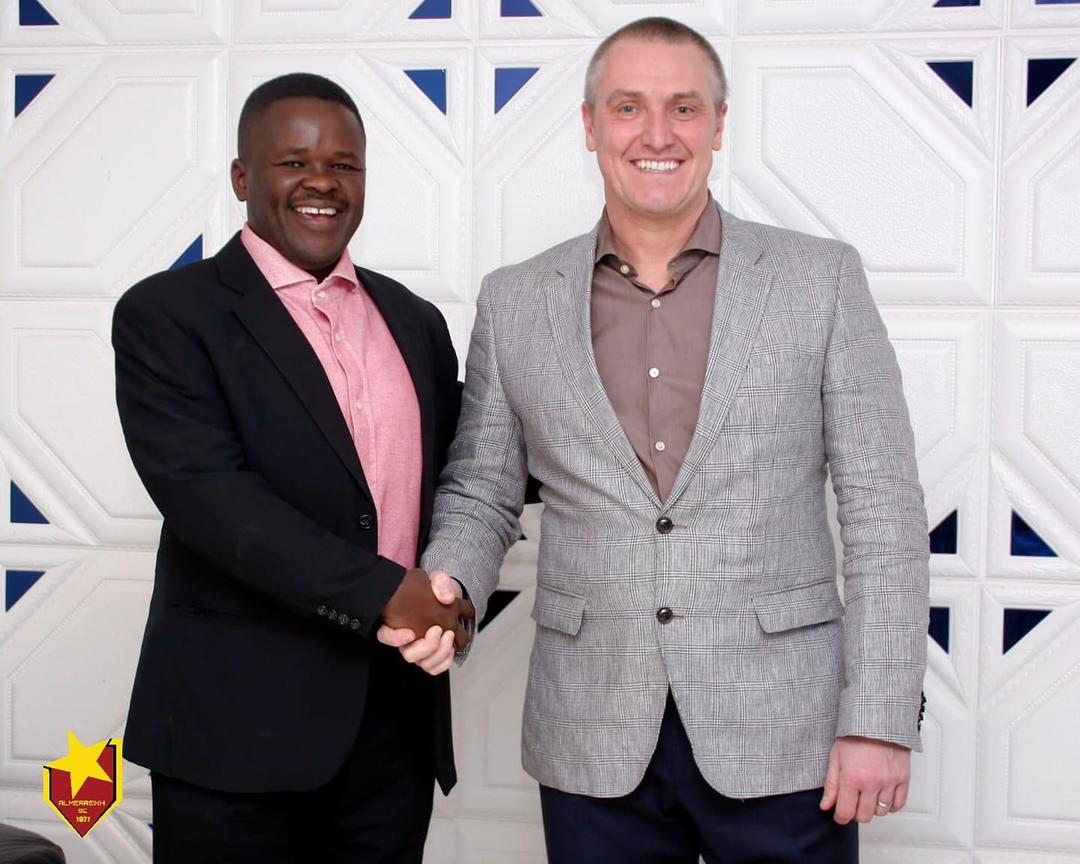 The former Newcastle and Fulham midfielder was received by Al Merreikh’s President Adam Sudakal in Khartoum on Saturday before he was officially presented to the media.

The 15 times Sudan Cup winners are struggling for form in the Group stage of the CAF Champions League.

They are currently fourth in Group A with just one point, after recording a 0-0 draw with Group leaders Simba last Saturday in Sudan.

They are hoping that the vastly experienced Clark who was part of Newcastle United’s team that finished second in the English Premier League under Kevin Keagan in 1996, will turn their fortunes around.

He played 440 games at club level, notably with Newcastle, scoring 60 goals. He was also an English youth international and was part of the golden age in 1997.

As a coach, Clark worked as an assistant to Glen Ruider at Norwich City, before picking his first job as head coach with Huddersfield Town. He went on to coach Birmingham City, Blackpool, Kilmarnock in the Scottish Premier League, Bury Club and Blyth Spartans.

Recently, the 48-year-old had been working with Premier League side Leicester City, in analyzing their competitive club’s performances. He has also been working with the Irish Football Federation in the training of coaches.

Al-Merreikh SC have greatly compromised their chances of qualifying for the quarterfinals of the CAF Champions, with just one point from their first three games in Group A.

Tanzania’s Simba SC currently tops the Group with 7 points, ahead of Al Ahly and AS Vita Club on four points each, while Al Merreikh tails the group with one point.

22-year-old Cameroon defender Pascal Ebousi and his teammates will be hoping for a change in fortunes under the tutelage of the English man.