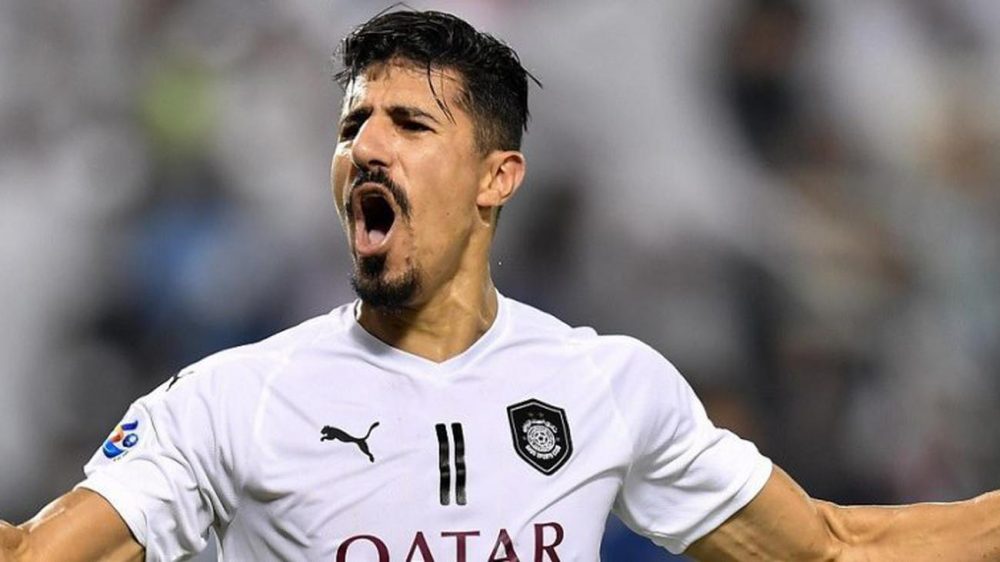 Baghdad Bounedjah was one of the main architects of Algeria's success at the 2019 African Cup of Nations in Egypt. Preferred to Islam Slimani of Olympique Lyonnais, by the Algerian coach Djamel Belmadi, Baghdad Bounedjah continues to demonstrate the extent of his art season after season in Qatar with Al Sadd.

The Algerian international scored 21 goals in 19 games during the 2020/2021 season and finished as the top scorer in the Qatar Stars League. He achieved the same feat two years ago with an impressive statistical record. He scored 39 goals in the league before his departure for the 2019 AFCON.

And if you needed a single witness to describe the Algerian's outstanding performances in Qatar, who better to talk about them than his coach and former team-mate, Barcelona legend Xavier Hernandez? '' We're top of the league and that's thanks to the efforts of everyone and one of those examples is Baghdad Bounedjah," said the Spaniard in a press conference a few weeks ago. '' He is an excellent player, he can play for any club in Europe. He likes to play and plays for the team in all humility. "

Solicited several times by European clubs in recent years, Baghdad Bounedjah has always preferred the financial and sporting stability he continues to excel in Qatar but also in the Asian Champions League (Top scorer in the competition in 2018). He also achieved the feat of finishing top scorer in the FIFA Club World Cup in 2019. Considered a true star in the Arabian Peninsula country, the 29-year-old has never felt the need to move since his arrival in 2015.

Under contract with Al Sadd until 2024, Baghdad Bounedjah opened the door to a departure for the first time on Thursday in an interview with Arabic-language sports media Winwin. '' I have received many offers from Europe lately," he said.

"I've had offers from the Premier League''

The Algerian national team striker then detailed the reasons why he never thought of leaving despite the insistence of some French and English clubs during the last seasons. "I came from Tunisia to Al Sadd. I signed a contract for five seasons. I have always been serene on the economic level but also on the sporting level," he explained. My family feels good here. I feel good in the team, there are no problems. I manage to put in good performances. But now there is a "but".

"A move to Europe this summer? Yes, why not. I am an ambitious player and if a club wants me of course. All ambitious players want to play at the highest level in Europe," he said. ''I have had offers from the Premier League. Brighton were close to a deal, but Al Sadd asked me to stay and I accepted. "

While a move to Europe might have meant a better window to join the national team a few years ago, the situation has changed entirely with the arrival of Djamel Belmadi at the helm of the Algerian national team. Having played in the Qatari league during his football career and having made his coaching debut in the Qatar Stars League, the 45-year-old seems to have no qualms about giving players in that part of the world big responsibilities and chances.