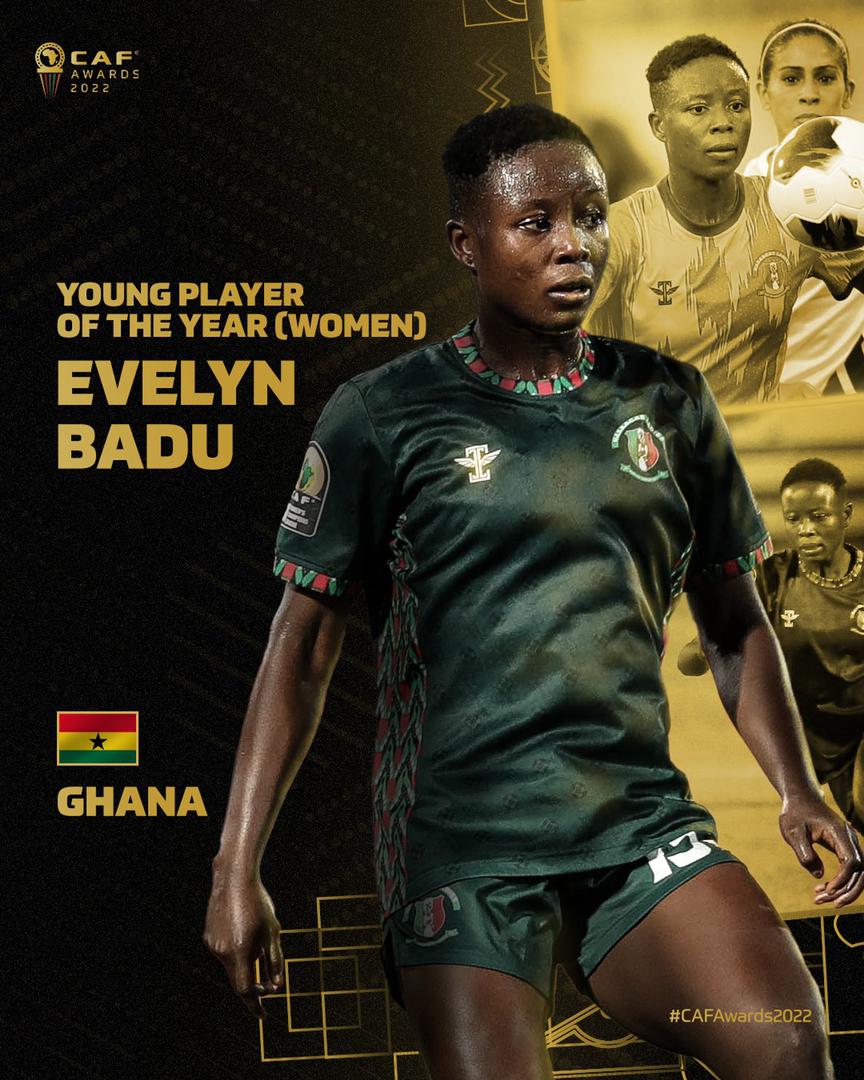 Former Hasaacas Ladies midfielder, Evelyn Badu has opened up on her success chalked at the just ended CAF awards.

The Black Princess captain was full of joy as she grabbed two awards in Rabat on Thurdays night after a successful football season in the year under review.

Speaking in an interview with Accra based Original FM, the Avaldsnes IL midfielder revealed that she was over the moon after being named as the Young female player and the Inter-club female footballer of the year.

"It feels great to win this,This is one of my greatest achievements as a player. Looking at how it all started from Siekwa, i think it is a great achievement to celebrate", she told Original FM in Accra, Ghana.

“It is sad that I couldn’t make it to Morocco for the awards night as I am currently with the national team for the U-20 FIFA Women’s World Cup in Costa Rica", she added.

Evelyn was part of the 2021 Hasaacas Ladies team that won everything domestically from the Premier League, Women’s FA Cup, First Lady’s Cup to the Women’s Premier Super League trophy and went on to win the WAFU-Zone B Women’s Champions League before losing the ultimate CAF Women’s Champions League trophy to Mamelodi Sundowns ladies  in Egypt last year.