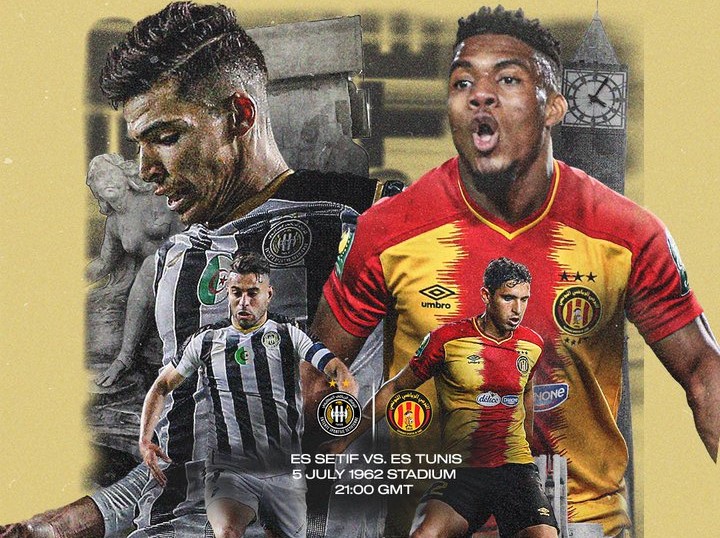 Egyptian giants Al Ahly will host Raja Casablanca this Saturday, April 16 in the first leg of the quarterfinals of the prestigious competition. The Egyptians face one of the best teams in the group stage, and the game is a high-risk one for both of them.

Al Ahly have no room for error. The winners of the last two editions of the Champions League can no longer afford the procrastination that made their first round run so difficult. They must win the double-header with Raja Casablanca in the quarter-finals or perish. This is the rule in the knockout phase.

The first round, this Saturday in Cairo (8:00 GMT), could prove decisive. If they win, the Egyptians will take a serious option on the qualification for the semi-finals. If not, they will be in trouble, condemned to go and get the ticket at their opponent's backyard.

Al Ahly vs Raja is a reunion between the two opponents of the last CAF Super Cup. The Egyptian club won on penalties. The Moroccan team is therefore aiming for a ticket to the semi-finals and a payback.

If we look at the record of both teams in the first round, we can say that Raja has the means to overcome the obstacle of Al Ahly. The Moroccans have achieved one of the best results of the group stage. They took fifteen points out of a possible eighteen. Only Mamelodi Sundowns (South Africa) did better, with one more point.

Apart from the stumble against Horoya (2-1 defeat, matchday 4), the Greens have won five times in as many matches. Raja, with two goals conceded, are the best defenders in the first round. They are tied with Mamelodi Sundowns and Esperance of Tunis. This ability to lock down their camp will help them tonight in Cairo.

Raja will face an Al Ahly team that has been losing momentum. The two-time Champions League holders pushed hard to qualify for the quarter-finals. The Egyptians had to wait until their third match (1st day late) to win their first victory in pool A.

The Egyptians were forced to draw 0-0 on their home ground by Al Hilal and beaten 0-1 by Mamelodi Sundowns, but they managed to beat Al Merreikh 3-2 on the final day. They then fell to a second defeat (0-1 on Matchday 4) against the South Africans before going on to qualify with two consecutive wins on Matchdays 5 and 6.

Apart from Entente Sportive Setif (3 defeats), Al Ahly (2) are the quarter-finalists with the most defeats in the group phase. While they remain formidable, especially on home soil and in the knockout phase, the Egyptian team is not scary this season. Raja will probably try to take advantage of this moment of uncertainty to eliminate a dangerous contender for the final victory.

Sundowns too big for Petro Luanda?
Two other matches are on the agenda tonight. Wydad Casablanca travel to CR Belouizdad (9:00 GMT). The Moroccans, who were the most successful in the group stage and had the best attack in the first round (15 goals), are favorites against the Algerians.

The day opens at 4pm with Petro Luanda-Mamelodi Sundowns. The South Africans are the favorites to win. They have collected 16 points out of a possible 18 in the first round. No one has done better. They have the best defense (2 goals) and the third best attack (10 goals).

On the other hand, they have the fourth worst defense in the first round (8 goals) and the worst among the teams in the quarter-finals.

Entente Sportive Setif and Esperance of Tunis opened the quarter-final first leg on Friday. They played out a 0-0 draw in Algiers.

The return matches are scheduled for next week, Friday, April 22.