Cameroon - Georges Mandjeck: "Ready to die for my country 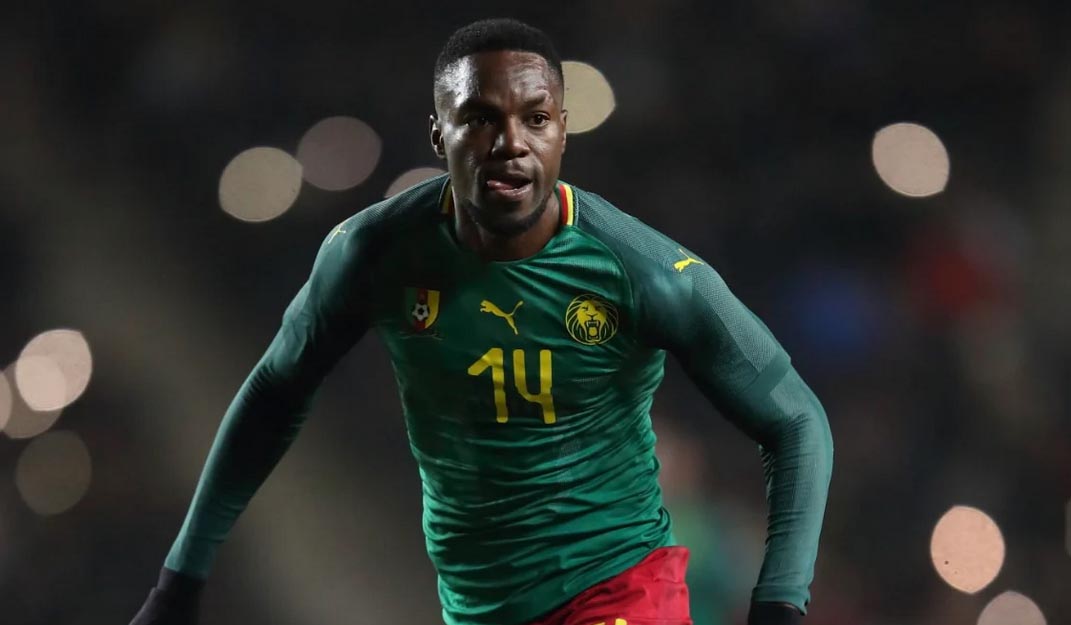 Cameroon - Georges Mandjeck: "Ready to die for my country

Georges Constant Mandjeck quickly came down from his little cloud. Recalled to the national team after three years of absence, the Cameroonian midfielder is already looking forward to the challenges ahead: convince Rigobert Song and make a place for the World Cup 2022. Especially at a time when the controversy swells on the case of the midfielder Andre Zambo Anguissa.

Sport News Africa: How do you judge your return to the Cameroon national team after almost three years of absence?

Georges Mandjeck: Coming back to the national team after almost three years is an event. It is something that will really mark me for life. Since the CAN 2019, I have never stopped working. This competition left me with a huge bitter taste: we were eliminated in the round of 16 by Nigeria (3-2, editor's note) when we deserved to go through. Since then, a feeling of unfinished business has haunted me. I've always told myself that this is not the way I'd end my international career.

Coming back to the national team, three years later, is an exceptional opportunity to make my history and that of my country again. It is really important for me. There is a World Cup coming up. I have a chance to prove that I can be one of the warriors that the coach needs. There's no way I'm going to miss out.

At 33 years of age and with the African Cup of Nations won in 2017, what can you still hope to win with the Cameroon national team?

For me the question would be: what does the Cameroon national team represent for me? The answer is simple: it is half of my life. I made the different youth selections of my country. And since then, I understood the honor and the responsibility that there is to defend the colors of his country. Winning trophies at club level is good. But there is nothing that surpasses the joy of being in the national team, of putting on the shirt for his country and making his people proud.

In the national team, I have always felt like a soldier in wartime. I am ready to shed my blood and even die for my country. Just to tell you that it is not only a question of winning something with the national team, because being selected is already a victory in itself.

You come back while the one who became the boss of the Cameroonian midfield, Zambo Anguissa, is absent. Doesn't that put a little pressure on you?

Since the AFCON 2019, the group has changed a lot. There are very, very good players. There is a generation that is really starting to blossom. Many have already begun to show good things. Inevitably it puts a little pressure; we will have to confirm in a reduced time interval. It's a personal challenge. Every training session will be an opportunity to prove.

What is your biggest goal today?

The first objective is to prove the manager and his staff right. If they decided to call on me, it's because they think I can be useful. I must not disappoint them on this point. So, first of all, I would like to seize this unexpected chance they are offering me. Because in the end, the biggest objective is to convince them of my qualities, in order to be part of those who will defend our country at the World Cup next November. I want to be part of those who will make the flag of Cameroon shine at this World Cup.

The president of the Federation, Samuel Eto'o has set the course. It is a huge challenge and I think I am capable of contributing to the achievement of the objective that has been set. You know, the World Cup is not only a question of talent; it is also a state of mind, a good dose of experience, maturity and commitment to all tests. I have that and I'm ready to give it.

You often play as a holding midfielder and sometimes in front of the defense. Where do you feel most comfortable?

I started my training as a striker. Then I moved to the position of a relay player and since I became a professional, I have played more games as a defensive midfielder. I'm most comfortable playing as a sentinel/recoverer. I like working for my team. I like to relieve my defense and put my teammates in good conditions. I have a good size and I like to use my physical power from afar to advance and be in front of the game.

Cameroon will play two friendly matches with Uzbekistan and South Korea respectively on September 23 and 27, 2022. How do you apprehend these matches?

These are two good tests before the World Cup. I watched some videos of these two teams. I must admit that contrary to what some people think, they have great individuality. They are opponents to be taken seriously. We will have a few days to prepare. I am convinced that the technical staff will be able to put together the right ingredients to make two good results.