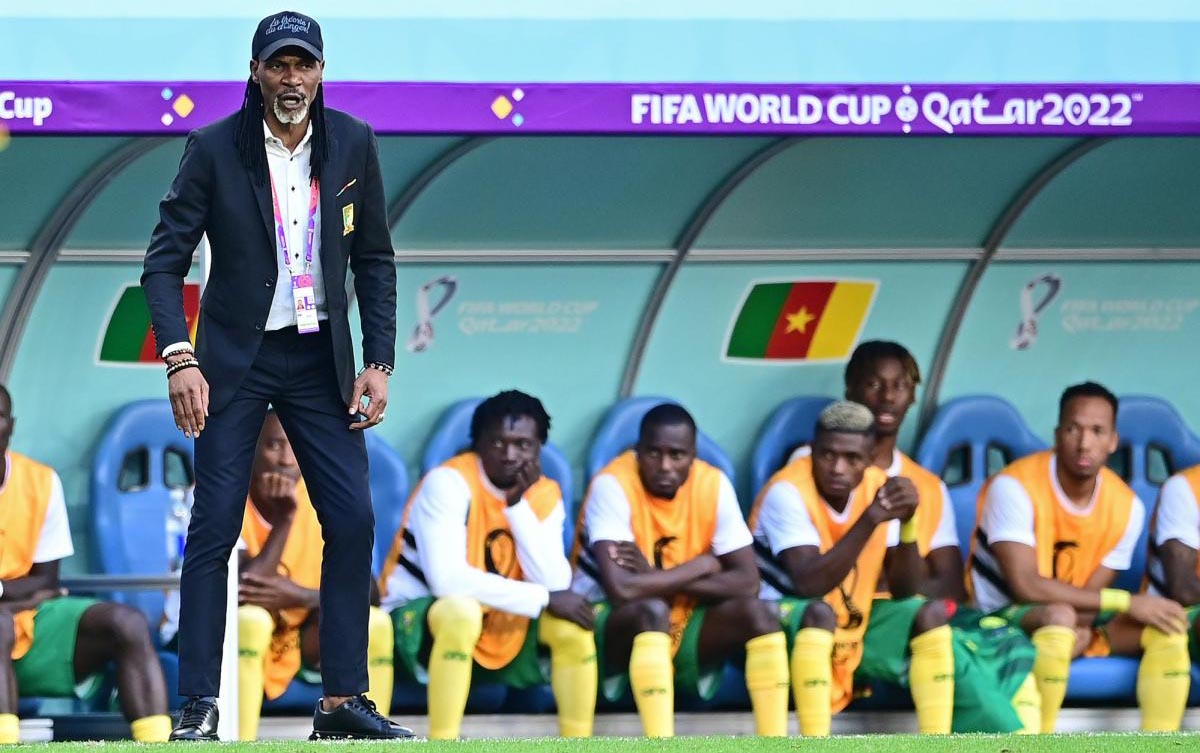 The coach of the national team of Cameroon has attracted the wrath of fans of the Indomitable Lions on social networks, after the defeat conceded against Switzerland (1-0) Thursday in the World Cup.

Nearly 24 hours after Cameroon's 1-0 loss to Switzerland on Thursday in the World Cup, anger is still high among Indomitable Lions fans. Many of them were quick to point to the coach Rigobert Song as the main responsible for this wreck. A "losing coaching" against the least formidable opponent in Group G of this World Cup for Cameroon, which is now waiting to cross swords with Serbia and Brazil.

"This coach is mediocre
If Rigobert Song is questioned heavily, it is because of the substitutions he made. Notably in the 74th minute, when he brought out Eric-Maxim Choupo-Moting when the Bayern Munich player seemed close to scoring. A "lack of vision" on the part of Rigobert Song, violently criticized on social networks. "Rigobert Song's coaching is not acceptable, it is catastrophic, argues Y5T on Twitter. We're down [and] playing against the most affordable team on paper for us. You take your best offensive players out? We needed to take a lot more risks. These substitutions did not bring anything".

"I remember that for the moment Rigobert Song is: 8 matches, 2 wins, 2 draws, 4 defeats and stupid theories," says Delannovitch, a twitto. "This coach is mediocre, concludes another. Never in the history of Cameroon has there been so many bad performances and the series will continue against Serbia and Brazil.

A mistake by Samuel Eto'o?
The wind of criticism that blows on Rigobert Song is also directed at the president of the Cameroon Football Federation (Fécafoot). It is indeed Samuel Eto'o who obtained, after a long struggle with the Cameroonian Minister of Sports, the appointment of Rigobert Song as head of the five-time African champion team. A bad choice according to some Twittos. "I think that one of the first mistakes made by Eto'o in his management was to appoint Rigo (Rigobert Song) and his team of mediocre in the national team," argues Iam Niwo

"At some point, it will have to tell the truth to Cameroonians. Who chose Rigobert Song to coach this team and on what criteria? The reality is there," said Roland Mbala on Twitter. If Song still believes in a qualification of Cameroon for the round of 16 of this World Cup, it is in him that many Cameroonian fans no longer believe unfortunately.