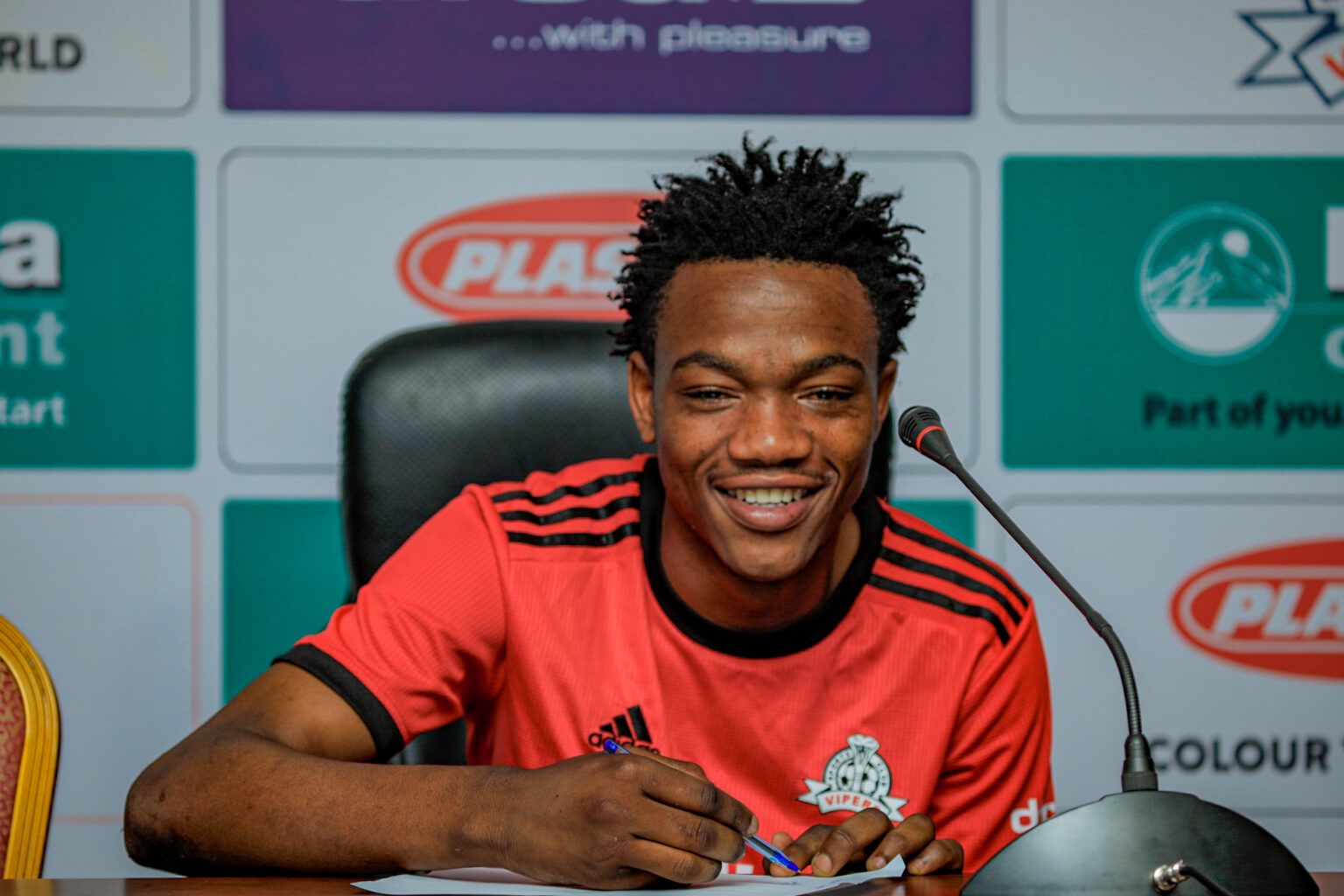 “This is a dream come true and I will work hard to make sure that I help the team achieve and win as many trophies as possible,” Shamamba told Sports News Africa.

Shamamba made it clear that as an attacker he will continue to work hard  to use his individual qualities to help the team go forward.

“I want to help the club and myself win trophies by putting in hard work and competing against all the quality players here,” added the young forward.

He also made it clear that he is ready to compete for playing time against the good players he has found at the club.

He is expected to compete for a place in the starting team with the likes of Cromwel Rwothomio, Yunus Sentamu and Ibrahim Orit and Nigerian import Abubakar Lawal among others.

Roberto Oliveira Gonçalves do Carmo, the Vipers Sc coach made it clear that they are happy to sign a talented young forward who has a lot to achieve with the team.

“He is a very good player and we hope to keep making him better and better,” added the coach.

The Vipers SC team are already in the second preliminary round of the 2022/2023 TotalEnergies CAF Champions League where they will face DR Congo’s TP Mazembe next month.

The Ugandan champions ejected the Central African Republic’s Real Olympic De Bangui 4-0 on goal aggregate in the first round.