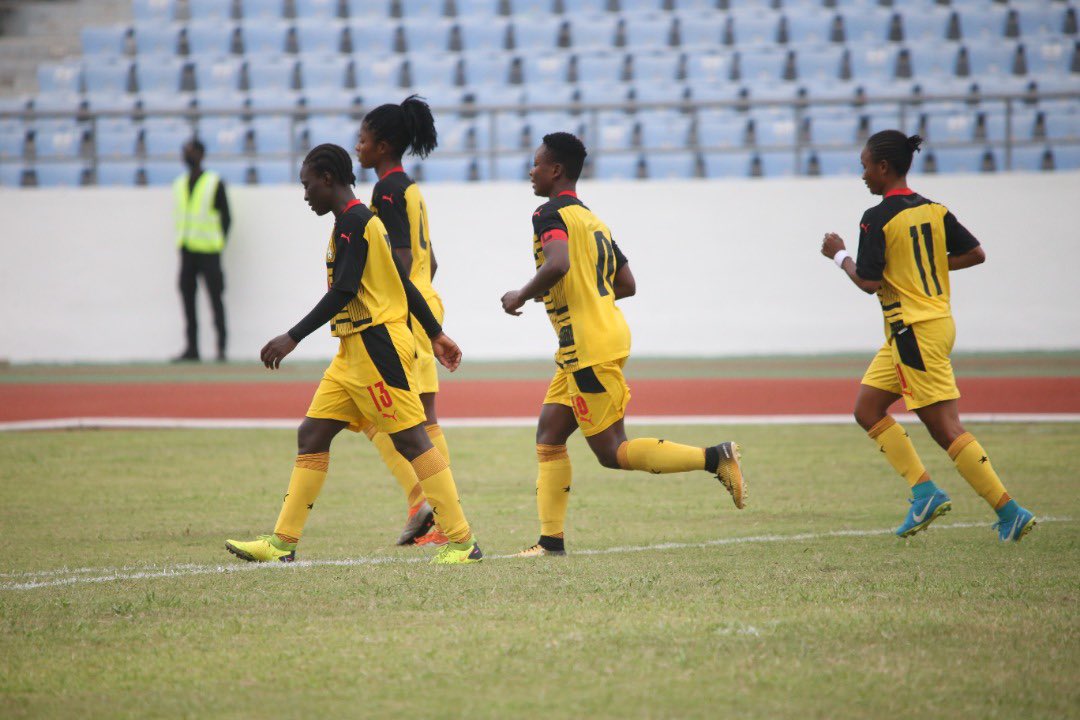 The Black Princesses of Ghana hosted their Ugandan counterparts for the second leg of their FIFA U20World Cup Qualifier at the Cape Coast Sports Stadium. Winning the first leg in Kampala by 2:1, many expected the hosts to dominate the home encounter. Ghana bossed the opening minutes of game with missed half chances.

First shot on target fell to the away side on the 9th minute mark after a well struck free kick from Florence Nkalubo tested the resolve of Princesses goal keeper Cynthia Findip, who managed to tip it over her bar. The resulting corner kick was dealt with easily by the Ghanaian defence.

Black Princesses had to wait till the 15min to get their first shot on target as Captain Evelyn Badu connected to Suzzy Teye’s cross but posed little threat to the Ugandan goalkeeper. Ghana opened the scoring after a period of possession when Evelyn Badu needed just a tap in from an Abdulai Salamatu cross.

Second goal came shortly after Abdulai Salamatu who provided the first assist turned goal scorer after a good job from Doris Boaduwaa fell kindly to her in the box in the 26min. First caution of the game went to Abena Opoku who was yellow carded for a strong challenge on an opposing player in the 36min, Achiaa Anasthesia saw yellow in the 42nd min for a deliberate handball. The first half ended with 2:0 in favor of the hosts.

Uganda came out stronger in the second half looking more purposeful with some delightful inter-positional play but failed to create any clear cut chances. Ugandan attacker Kasirye Alex came close on the 64th min mark after beating one defender and taking a beautiful curler on her left foot beating the goalkeeper only to be denied by the crossbar.

Cissy Nakiguba looked to have scored a consolidation goal with a beautiful effort from outside of the box, however goalkeeper Cynthia Konda pulled a marvelous save to deny her. An in-swinging free kick from Mafia Nyame fell kindly Rahama Jafaru who slotted home Ghana’s third goal. The fourth followed quickly after when Doris Boaduwaa rose highest to a Mafia Nyame corner kick in the 87th minute.

Doris Boaduwaa was clear on goal on the 89th minute mark but hesitated, however, her resulting kick was handled in the box. Referee quickly whistled and pointed to the spot for a penalty Ghana, Doris Boaduwaa calmly coveted go get her 2nd and Ghana’s 5th goal. Referee Patience Ndidi blew the final whistle after 90+3mins of added time. Match ended 5:0 on the night and 7:1 aggregate for Ghana who qualify for the final round of the FIFA U20 World Cup qualifier.