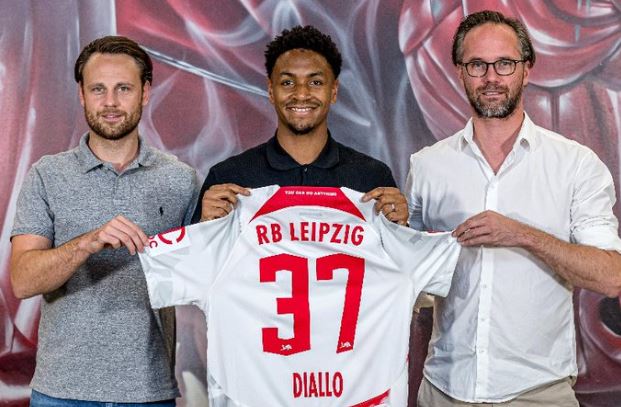 Amine Harit back in Marseille

At the end of last season, Amine Harit had claimed his desire to return to OM. His wish has been granted. The attacking midfielder is for the second consecutive year on loan from Schalke 04 to Marseille. He completed and passed his medical this Thursday evening during the last hours of the mercato.

The Malian striker of Reims, El Bilal Touré, has signed with Almeria. The Spanish club, which lost its striker Umar Sadiq to Real Sociedad, has reached an agreement with Reims. The transfer price is estimated at 10 million euros (+ bonus). El Bilaly signs a six-year contract.

Nice: Bamba Dieng does not pass the medical examination

While he was expected in Nice, Bamba Dieng will not sign for the Eagles. The Senegalese striker would not have satisfied the medical examination according to information from L'Equipe TV. For the moment, he remains in Marseille.

A few hours before the closing of the mercato, Barcelona, very active on the transfer market this summer, continues to diligent files. The latest: Abde Ezzalzouli. The Catalan club has indeed announced the extension of its young striker until June 2026. Abde, however, is on loan to Osasuna until June 2023. "Barcelona and the player Abde Ezzalzouli have reached an agreement to renew their contract until June 30, 2026. The termination clause is set at 200 million euros. Similarly, Barcelona and Osasuna have reached an agreement for the loan of the player Abde Ezzalzouli until June 30, 2023. There is no option to buy," said the statement.

Note that the Catalan leaders have decided to add a termination clause of 200 million euros. The Spanish-Moroccan played 12 games for 1 goal with the senior team of Barça last season before being sent to the reserve.

It's done, Adam Ounas finally leaves Napoli for good. The Algerian, champion of Africa 2019, signed in Lille a two-year contract. The Lille spent 3 million euros to offer the player of 25 years. The Algerian winger had joined Napoli in 2017 but never really imposed himself there. He even went on loan to Bordeaux, Nice, Cagliari and Crotone.

After four seasons in Belgium at Royal Antwerp, Abdoulaye Seck is moving to Maccabi Haifa. The 30-year-old Senegalese defender signed a two-year contract with the Israeli club qualified for the Champions League. This will be the 4th country where the 2021 African champion will play after Senegal, Norway and Belgium.

✍️ | Idrissa Gana Gueye has rejoined from Paris Saint-Germain for an undisclosed fee, signing a two-year contract until the end of June 2024.

End of the Idrissa Gana Gueye story. After weeks of negotiations, the Senegalese international is officially back at Everton. The midfielder has signed for two seasons from PSG.

All the best in Spain, @IlaixMK!

Back to La Liga for Ilaix Moriba. Loaned in the second half of last season by Leipzig to FC Valencia, the Guinean international returns to the Andalusian club. The two formations have agreed on a new loan for the young midfielder.

Unwanted at Paris Saint-Germain, Abdou Diallo has finally found a way out during this summer mercato. The Senegalese defender joins RB Leipzig, where he is on loan until the end of the season.

"I was listening to the fans, it was unbelievable!" 🗣

Willy Boly finally leaves Wolverhampton. The Ivorian defender had expressed his desire to leave the club since the beginning of the mercato. Included in the list against Newcastle, the player had even sulked the game. He wanted to leave! It is now done. Boly is committed to Nottingham Forest. He signed a contract for two years with the English training. "I am very excited to have a new adventure with this club. I spoke to Morgan Gibbs-White (his former teammate) before coming and I had seen the spirit of the team and he said I would love it because it is a great club - the fans and everyone wants to go in the same direction," said Willy Boly.

Wilfried Nkaya is now a former member of AS Otoho of Brazzaville. The latter has signed a contract for three seasons with the Tout Puissant Mazembe. He comes to strengthen the backbone of the club of the DRC. Nkaya won with his former club, five times the title of champion of League 1 of Congo. "I'm here to help my team to go as far as possible," said the Brazzaville native as he got off the plane at Luano International Airport.

Adama Traoré is moving to England. The Malian midfielder has signed a two-year contract with Hull City with the possibility of staying an extra year. Traore will discover the Championship, he has already played in France, Belgium and Portugal. The 27-year-old played last season in Turkey with Hatayspor.

As announced yesterday on our website, Junior Onana finally signed for RC Lens on Thursday. Coming from Bordeaux, the 22-year-old Cameroonian international has signed a five-year contract with the club Sang et Or. "Junior Onana leaves the Girondins de Bordeaux. The Cameroonian international midfielder has signed a permanent contract with RC Lens. The club wishes him all the best for the rest of his career in the Sang et Or shirt," reads the press release of the Ligue 2 club.

It's moving in all directions in these last hours of the mercato for African players, especially for the Senegalese. After the transfer of Abdou Diallo to Leipzig or the return of Idrissa Gana Gueye to Everton, Montpellier has just announced the signing of Senegalese goalkeeper Bingourou Kamara.

The MHSC made official this Thursday the arrival of the player from Strasbourg without specifying the nature of the contract. "The Senegalese international goalkeeper signed today with the Montpellier club. Faced since last week with the long-term injury of Dimitry Bertaud, MHSC had to react quickly. They did it by recruiting a new understudy for Jonas Omlin. His name: Bingourou Kamara," reads the press release of the Ligue 1 club.

According to information from L'Equipe, the Malian striker of Reims, El Bilal Toure is about to sign for Almeria. The Spanish club, which lost its striker Umar Sadiq to Real Sociedad, has indeed found an agreement with Reims. The transfer price is estimated at 10 million euros (+ bonus).