Football - Africa: Things are heating up on the benches of several national teams 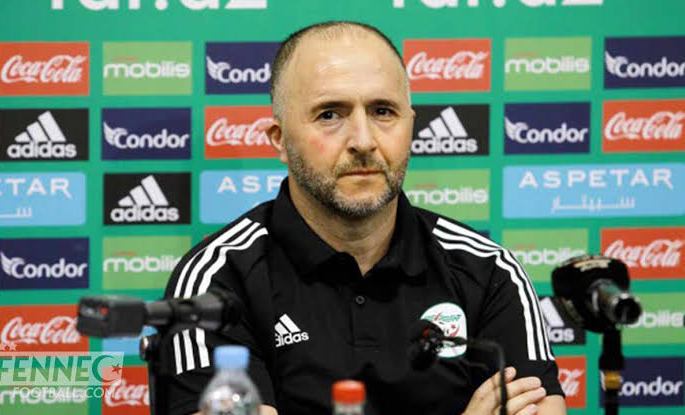 Football - Africa: Things are heating up on the benches of several national teams

Many African national teams have changed or are preparing to change coaches. With less than two months to go before the start of the 2023 African Cup of Nations qualifiers in June, time is running out.

The emails, phone calls, inquiries and interviews will multiply in the coming days. The international calendar will impose its tempo, as the first qualifying matches for the 2023 African Cup of Nations in Côte d'Ivoire will take place in June, with four matches for each of the 48 teams involved. While the majority of the teams no longer have to worry about the identity of their coach, some are looking for a technician, while others do not know if the ones still under contract will agree to continue their mission.

This is the case for Algeria, which is hanging on Djamel Belmadi's decision whether or not to continue coaching the Fennecs. The Algerians, who were eliminated from the World Cup qualifiers by Cameroon after a catastrophic AFCON 2021, are waiting for the former Olympique Marseille midfielder, who is currently in the midst of a reflection phase, to make his decision. It's not just a matter of a few people saying that Belmadi has decided to continue, but others are much less categorical. "It's obviously 50-50. He will have to position himself quickly, because if he decides to leave, the Federation will not have much time to find a successor of an equivalent level. In Algeria, public opinion is divided between those who say he is capable of turning the situation around and recall the work accomplished since 2018 and the title obtained in Egypt in 2019, and those who are in favor of his departure, after the last two failures," summarises Yazid Ouahib, head of the sports department of the daily El Watan.

Benin rumours of a return of Dussuyer

In Egypt, Portuguese coach Carlos Queiroz announced his resignation after the Pharaohs were eliminated by Senegal on the road to Qatar, but the local federation has still not validated it. Côte d'Ivoire, who qualified automatically as hosts but will still take part in the qualifiers, will start a new cycle with a new coach. Frenchman Patrice Beaumelle's contract expired on 6 April and there is little chance of Herve Renard's former assistant coach extending his stay in Abidjan. But no steps to find a successor will be taken until April 23, when the new federation president is elected.

Mali, who have terminated the contract of Mohamed Magassouba, have their eye on Eric Chelle, the former Eagles defender who has played for Martigues and Boulogne-sur-Mer. Other names are beginning to circulate, but not Renard, contrary to some rumors heard in Bamako. The Frenchman will coach in the World Cup with Saudi Arabia, where he earns more than 300,000 euros per month, excluding juicy bonuses and benefits.

Call for applications in Guinea and Burkina Faso

In Cotonou, where Moussa Latoundji was the interim coach with some success during the friendly matches in March (two wins and a draw), no decision has been taken. According to our information, Patrice Beaumelle has positioned himself to lead the Ratels. But in Benin, where the names of Corentin Martins, Hubert Velud, Jorge Costa, Didier Gomès Da Rosa, Gernot Rohr and Raymond Domenech have been circulating, some members of the federation are campaigning for the return of Michel Dussuyer and the reconstitution of the duo he formed with Latoundji.

Guinea have launched a call for candidates, but it is not impossible to think that Kaba Diawara, who enjoys the support of the Ministry of Sports, could be chosen again, while in Libya, the Spaniard Ramon Catala, in charge of the interim after the departure of his compatriot Javier Clemente last February, is going to leave Tripoli, where Corentin Martins would be well placed. Finally, Burkina Faso, who decided to part company with Kamou Malo after the AFCON and entrusted Oscar Barro with the task of leading the Stallions in Kosovo (0-5) and Belgium (0-3), have also launched a call for candidates.