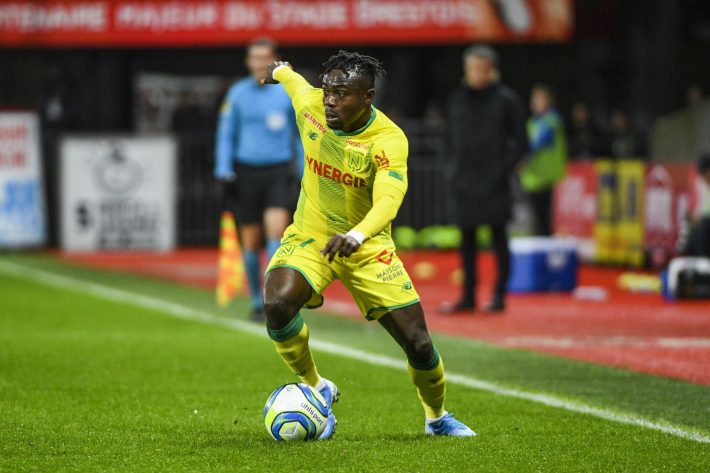 Moses Simon has been given permission by his management to leave Nantes this summer. The Nigerian striker, like two of his teammates, Ludovic Blas and Alban Lafont, has been given a release. The club's coach, Antoine Kombouare, and its president, Franck Kita, confirmed on Wednesday 29 June during their press conference.

They have an exit voucher, it's very clear," said the Nantes coach in front of journalists. After that, it depends on the offers they get. If they have offers that suit them and the club, they will leave. We will be very happy and we will work to replace them. If they are here with us, they will be part of the squad and we will work with them."

The Nantes president agreed, but stressed that the trio are happy at La Jonelière and that the prospect of playing in the Europa League could make them stay. However, Franck Kita hints that he would not be opposed to a departure that would do the club good.

He said: "We would be delighted if they stayed, but if there are very interesting offers, we will have to think about it. Offers? That's part of the backstage of the mercato, I can't talk too much about it. I can only tell you that they are here today."

Moses Simon has scored six goals in 30 games this season. The Super Eagle (57 caps, 7 goals) is in demand in the Premier League and Olympique de Marseille are not unconcerned.