Historic: Hasaacas Ladies are champions of the Southern Zone of the Women Premier league for the 7th consecutive time 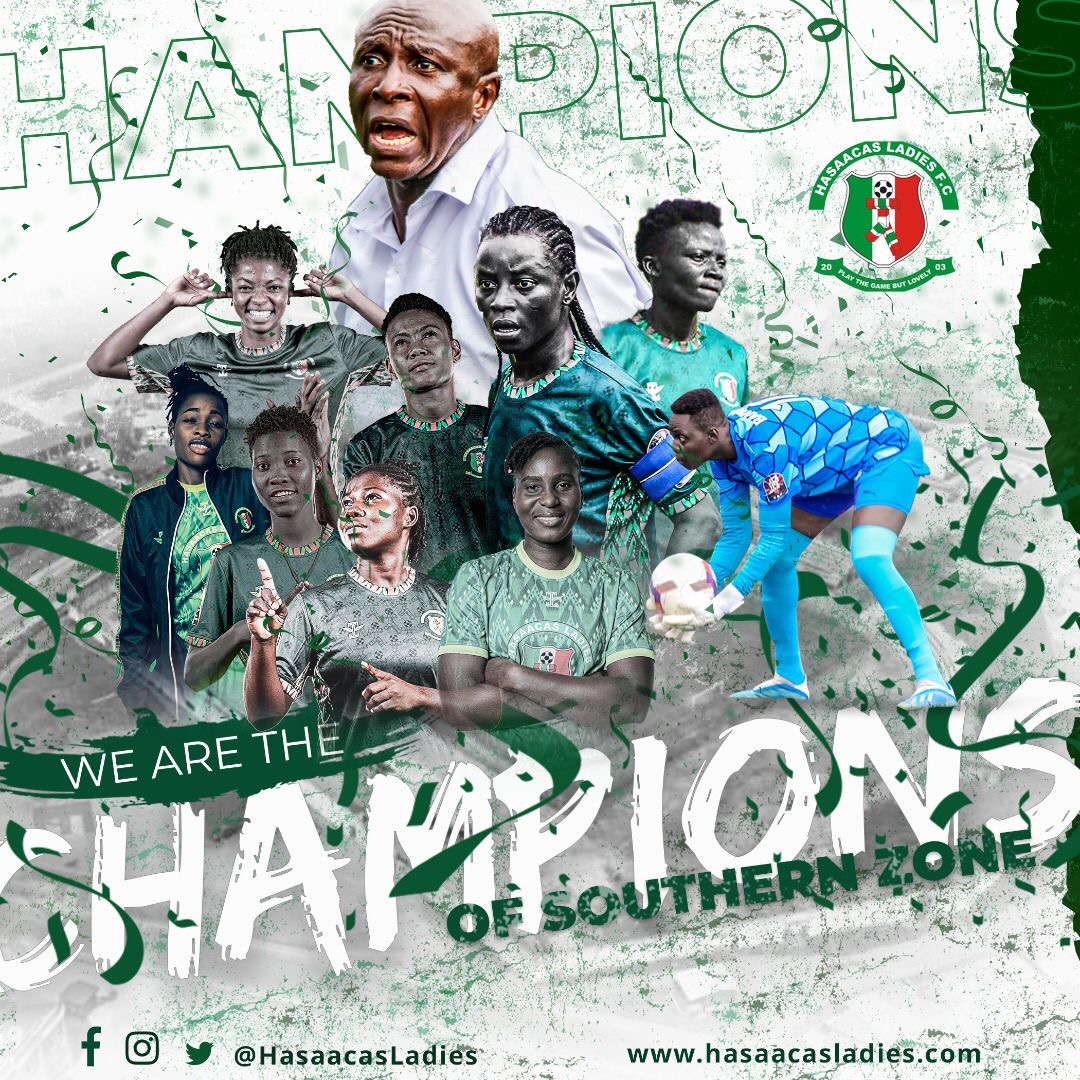 Hasaacas Ladies made history once again

Undoubtedly the best women’s football club in Ghana and West Africa, Hasaacas Ladies have chalked another historic feat, winning the southern zone of the 2021/2022 Ghana Women’s Premier League with three more matches to end the season.

Following their 2:0 victory over Immigration Ladies FC on Saturday afternoon at the Gyandu Park, coach Yussif Basigi side extends their lead on the Southern Zone league table with 10 points.

Hasaacas Ladies are unbeaten this season with a record of 11 wins and four draws in 15 league games this season.

Hasaacas Ladies have secured the slot with 3 games to spare. The team will be playing for fun in the remaining games against Berry Ladies afield and the two home games against Thunder Queens and Soccer Intellectuals.

Their former forward, Evelyn Badu won the Golden Boot award after becoming the top-scorer of the competition with five goals and also grabbed the Golden Ball award for her impressive brilliance, winning two Player of the match award.

The “Dooooo” Ladies will represent Ghana in the West African qualifiers after winning last season’s league.