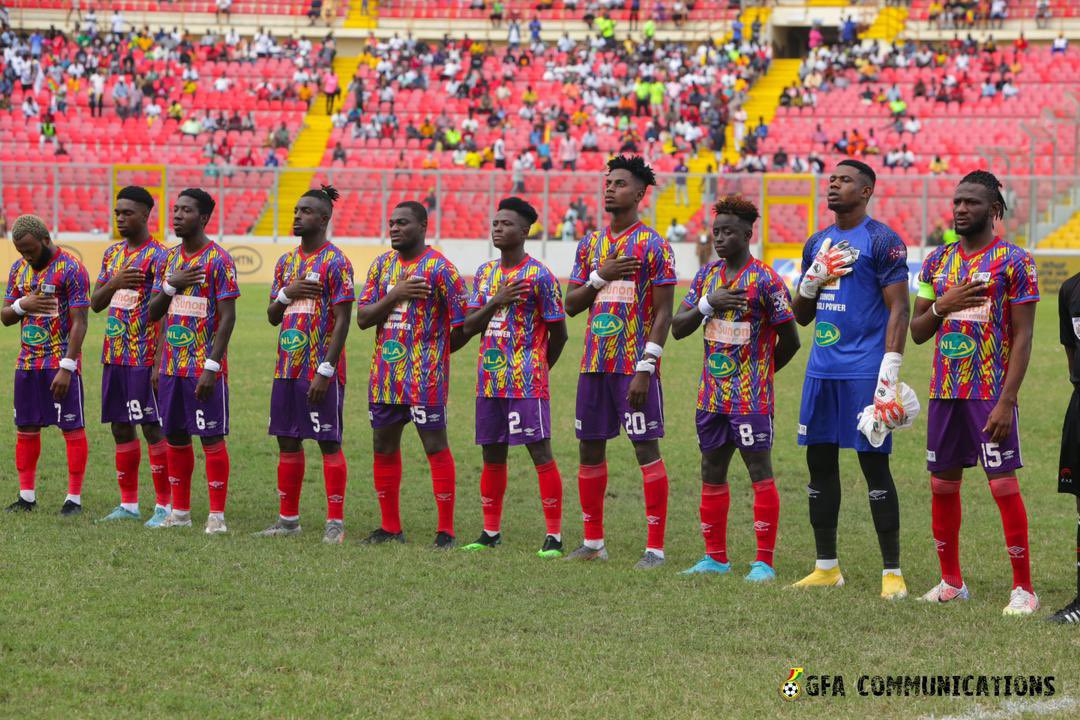 Bechem United took the lead just on the stroke of half time when Latif Anabila made a decent run and picked up Okrah.
Okrah's shot wasn't dealt with properly by Richmond Ayi with Emmanuel Avornyo following up with a tap to put the hunters ahead.

Accra Hearts of Oak restored parity before half time through Caleb Amankwah.
Samuel Inkoom's cross fell to Caleb Amankwah in the box who connected with a sumptuous volley to draw his side back on level, ending the first department of the game 1-1.

Samuel Boadu's men played with a high sense of urgency in the early minutes of the second half, resulting in their second goal in the 60th minute.
Gladson Awako launched in a decent cross from the left flanks and met a tap in from Daniel Afriyie Barnieh to hand them the lead.

The Hunters were reduced to 10men in the second half when Augustine Okrah was sent off after head-buting an assistant referee in the 64th minute.

The victory means Accra Hearts of Oak will compete in the 2022-2023 CAF Confederations Cup which kicks starts in September.