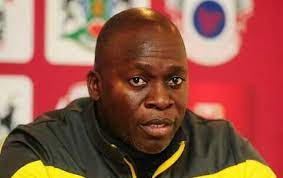 Tanzania’s newly appointed interim coach Honour Janza has said he is optimistic his team can get a good result away to Uganda in a TotalEnergies African Nations Champions (CHAN) qualifier.

The Taifa Stars of Tanzania lost 1-0 at home to Uganda Cranes last weekend in Dar es Salaam in the first leg of the last phase of the CHAN 2022 qualifier.

“We know what to expect against Uganda, but my players are very determined to get a good result,” added Janza.

Janza said as a coach he loves winning because he has tested it before. So we shall do our best against Uganda but winning is obviously our target,” added the coach.

Janza has also recalled experienced Tanzanian striker John Bocco. The Simba SC striker is expected to add his experience and leadership to the team as they face Uganda at the St. Marys Stadium, Kitende on Saturday.

But the Ugandan coach Milutin ‘Micho’ Sredojevic has said he anticipates a tough encounter.

“We cannot underestimate the Tanzania team because they are good and have a good coach. But we must be very cautious against them and also make sure we take our chances,” added Sredojevic.

Milton Karisa, the Uganda Cranes skipper says the team is very determined to get a good result to qualify for the CHAN tournament which will be hosted by Algeria next January.