Qatar 2022: Euphoria in Casablanca after the victory against Belgium 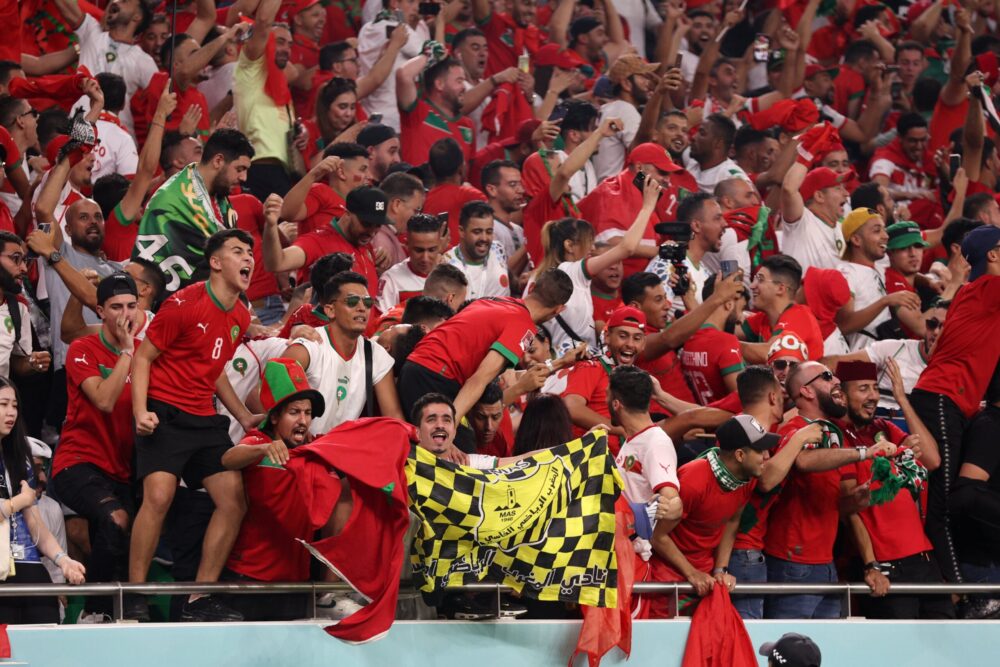 World 2022: Euphoria in Casablanca after the victory against Belgium

Morocco shocked the world on Sunday at the Al Thumama Stadium by beating Belgium (2-0) to sign the second African victory in this World Cup. At the final whistle, Moroccans were euphoric, especially in the fan zones of Casablanca where the atmosphere was indescribable.

After the first goal was disallowed for offside, Abdelhamid Sabiri's opening goal electrified the Casablanca fan-zones. The goal of Aboukhlal will then release a euphoric public at the final whistle. Morocco had just struck a great blow in this World Cup by dominating Belgium (2-0) at the Al Thumama Stadium. With four points on the counter, a draw or a victory against Canada will ensure the Atlas Lions a qualification to the second round.

In Casablanca, it is a concert of horns that welcomes this first great performance in this World Cup. The color of the flag was visible in front of cafes, restaurants.... The traditional chaabi music animated some places of the economic capital. The fans did not sulk this pleasure provided by the conquering Atlas Lions. They came out en masse to celebrate this resounding achievement against the Red Devils.

"Belgium was already warned.
This first success can be explained by Walid Regragui's coaching skills, whose changes immediately made the difference. This is unanimously recognized by the Moroccan fans, now completely won over by the former coach of Wydad.

"Belgium was already warned of the trap game that awaited them against Morocco. The Devils fell into a trap by having difficulty developing their game and making the difference. Of course, I was skeptical with the arrival of Walid Regragui, but I think he has now convinced everyone about this game," said Hicham L., who works in the field of communication.

"The match that was needed"
Returning to this performance, the former Moroccan international Abdelkrim Merry known as "Krimau" welcomes a victory obtained by applying well the instructions of the young technician.

"The players have done today the game that needed against Belgium. Because they were brilliant at the back with especially a very good goalkeeper Munir M'hamedi who replaced Yassine Bounou," he said. For the former Atlas Lion contacted by SNA, this match was also won by the new blood injected at the end of the game. "The changes made during the game (with the entries of Abdelhamid Sabiri, Zakaria Aboukhlal and Abderrazzak Hamdallah nldr) were also very good," he continues.

"Respect Canada"
However, the Moroccans remain overall on their guard. Many fans are not yet celebrating a qualification for the second round. The reason is that sometimes the selection completely fails when it is the favorite. "Against Canada, we will have to play and respect the opponent. In a World Cup, you must always be vigilant," Krimau advises.

Hicham L. hopes that Morocco will keep its ranking to reach the round of 16. "A little draw against Canada already eliminated will be welcome. In any case, I am convinced that Regragui will know what to do to get the qualification". Morocco is looking for a new qualification to the second round since 1986, when it lost in the round of 16 against Germany (1-0).