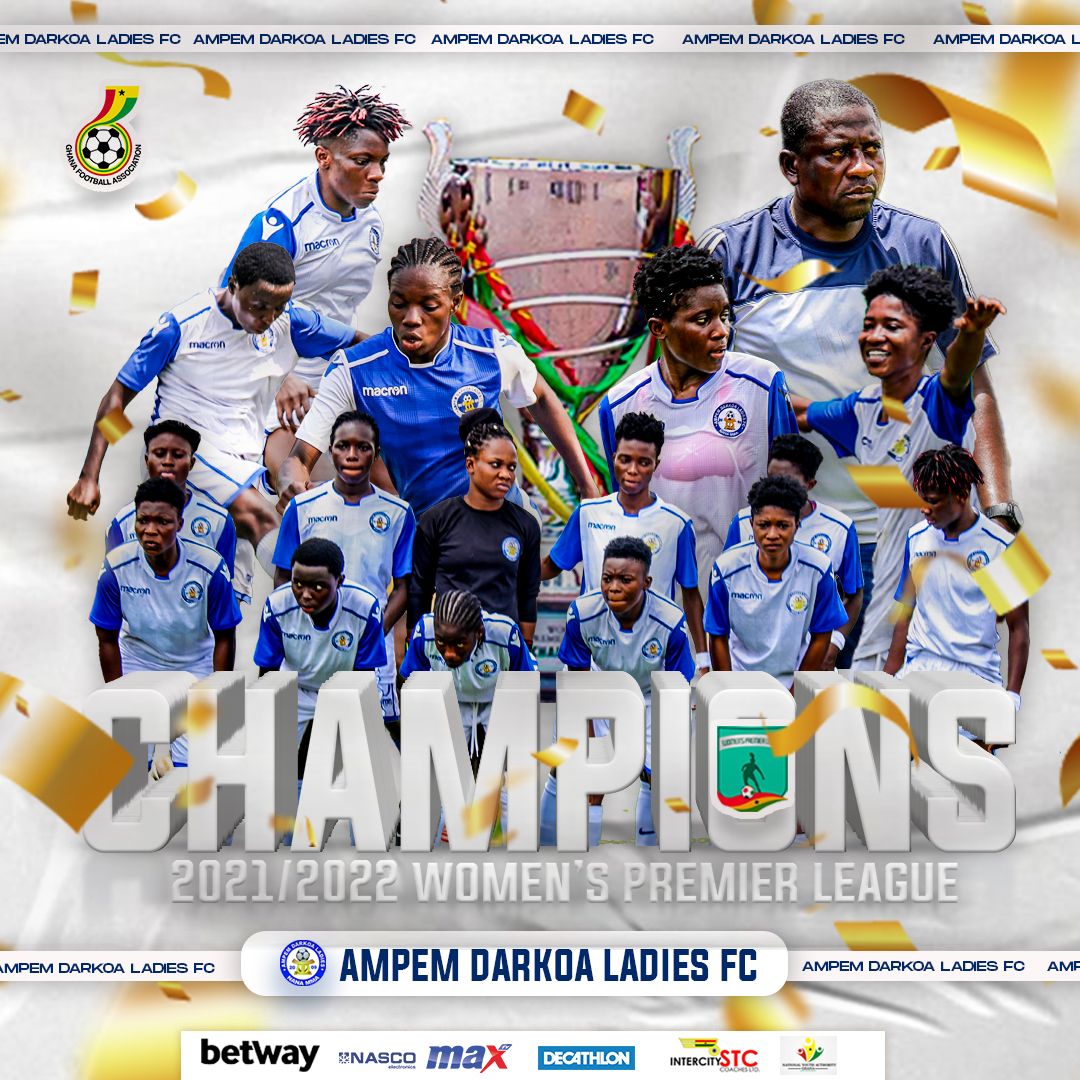 Northern zone side, Ampem Darkoa Ladies have halted the dominance of Hasaacas Ladies FC as champions of the Ghana Women’s Premier League by winning the 2021/2022 edition on penalties.

The 2017 champions who lost last season's champion of champions to the “Dooooo” Ladies  shocked many Ghanaians fans with some outstanding performances at the Accra sports stadium on Saturday afternoon.

The game which ended in a one-all draw had to  travel to extra time and ended up in a penalty shootout with the “Nanamma” emerging as victors.

The Northern zone champions quickly leveled in the 23rd minute from the spot when their attacker was brought down in the penalty box.

Ampem Darkoa Ladies FC who lost three times this season made sure they wouldn't repeat a mistake of their past coming up against an invincible Hasaacas Ladies side who have a record of playing the entire season without defeat.

Ampem Darkoa Ladies will be representing Ghana in the WAFU Zone B championship with the hope of qualifying to their first ever CAF Women Champions League later this year.