World 2022 play-offs: Congo DR cancelled out at home against Morocco 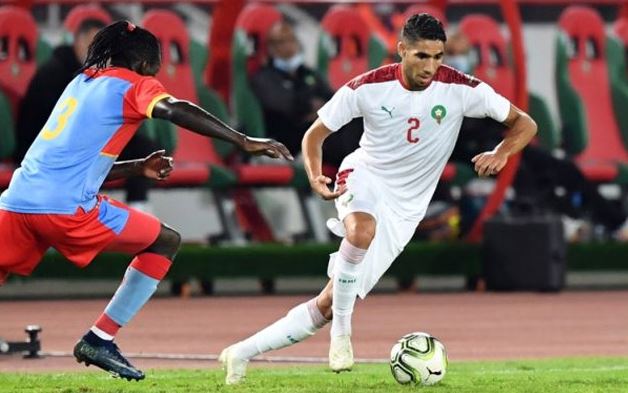 World 2022 play-offs: Congo DR cancelled out at home against Morocco

The DR Congo will have regrets. The Leopards were held to a 1-1 draw by Morocco in the first leg of their play-off for the 2022 World Cup. It was a very difficult game for the Congolese team to win, but they were able to score in the last quarter of an hour. However, in front of their home crowd, the Congolese thought they could hold on to the score and win. They were able to count on a very inspired Yoane Wissa.

Yoane Wissa: Congo's detonator
The midfielder was involved in all of his team's good moves and made the Moroccan rearguard live through a nightmare. He was the one who rewarded his team's good start with a bit of luck. The former Lorient man made light of two opponents and fired a shot that was deflected by Saïss, who caught Bono off guard (1-0, 12'). The opening goal had the fans at the Stade des Martyrs rejoicing and the Moroccans were uninspired.

In a system with a three-man defense, Vahid Halilhodzic's men struggled to create danger in the Congolese area. They had little possession of the ball and were even vulnerable to counter-attacks. Wissa thought he was going to be the provider on the half-hour mark, but Bakambu incomprehensibly missed the ball in front of goal (29').

Tissoudali and El Kaabi, the winning duo for Morocco
The Moroccans came back from the break with better intentions, but without being dangerous. The Moroccans were fortunate to win a penalty after Bakambu's handball in the penalty area. The joy was short-lived, however, as Ryan Mmaee sent the ball over Kiassumbua's goal (55'). It was a symbol of the total lack of inspiration and success in the final movement. Vahid Halilhodzic changed his attacking duo. Tissoudali and El Kaabi came on in place of En-Nesyri and Mmaee.

The change paid off when, five minutes later, Tissoudali headed home an unstoppable volley from El Kaabi (1-1, 76'). The Atlas Lions' first shot on target was the equalizer. The Moroccans were rewarded for their second half performance against the Congolese who could regret the missed chances of Bakambu and Wissa just after the break. They even finished the game with 10 men against 11, after a second yellow card for Ngonda (85th). With this result, it is Morocco who is on a safer side. With this away goal, the Atlas Lions are in a favorable position before the second leg on 29 March in Casablanca.