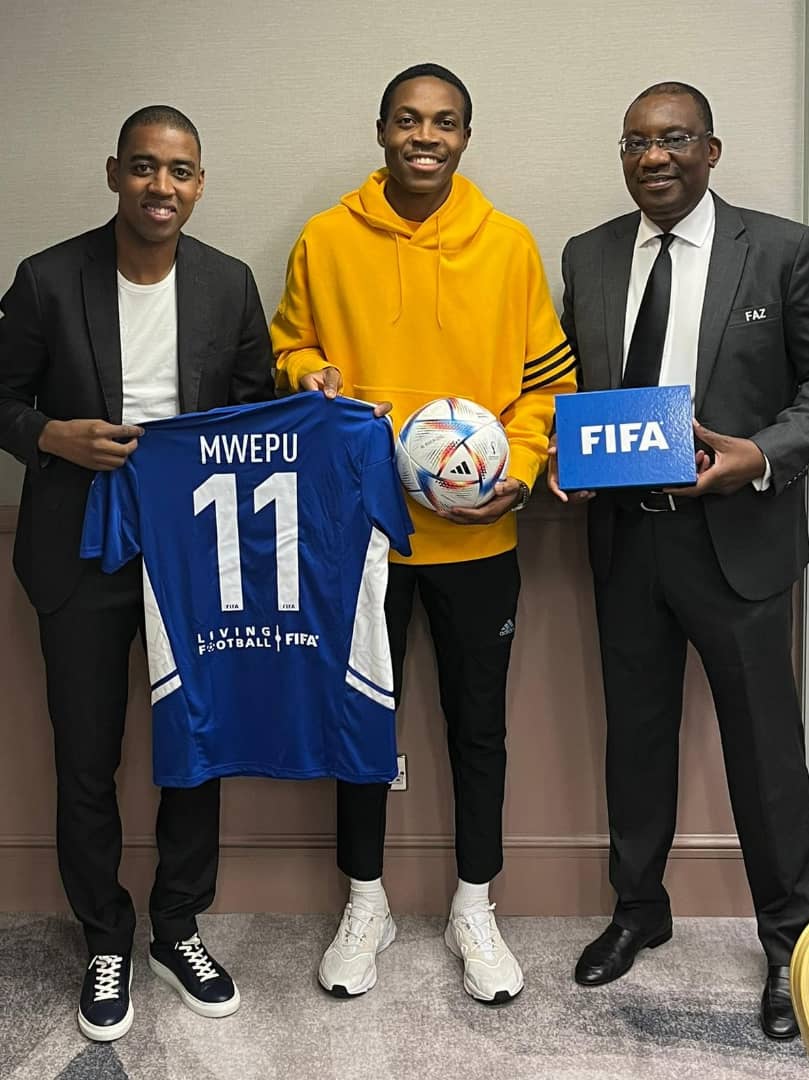 Zambian midfielder Enock Mwepu was set for football’s firmament and had everything inherent in a promising footballer but on October 10, the 24-year-old was compelled to retire following the diagnosis of a hereditary heart condition.

An established player for English outfit Brighton Albion, Mwepu had played six games for “The Seagulls” before medical advice prompted the Zambian international to hang up his boots.
There was an overflow of support on social media for the former Napsa Stars and Kafue Celtics teenage sensation after he put an abrupt end to what was foretold to be a glittering spell in England.

But one of the most significant support the former Red Bull Salzburg star has received is from FIFA President Gianni Infantino who sent a letter, a jersey, and a World cup ball to Mwepu who is reflecting on life beyond the pitch.

The President of the Football Association of Zambia, Andrew Kamanga, and FIFA’s Director Member Associations of Africa Gelson Fernandes presented the 2017 U20 Afcon champion with the gifts in London with Mpewu stating that he felt “greatly humbled” to receive the items via a post of Twitter.

The Lusaka native nicknamed “Computer” for his incredible reading of the game, well-weighted passes, and eye for goal first came to prominence at the 2015 U17 Africa Cup of Nations in Niger where he showed flashes of brilliance despite Zambia exiting the tournament at the first hurdle.

Two years later, at the 2017 U20 Afcon, Mwepu was part of the Zambian team that included Edward Chilufya, Patson Daka, Fashion Sakala, and Prosper Chiluya with the “Junior Chipolopolos” going on to clinch the competition’s silverware. Mwepu despite playing most of the tournament as a substitute and netting once was included in the team of the tournament.

Enock Mwepu went on to become a Zambian international netting six times in 23 appearances for the “Chipolopolos”.