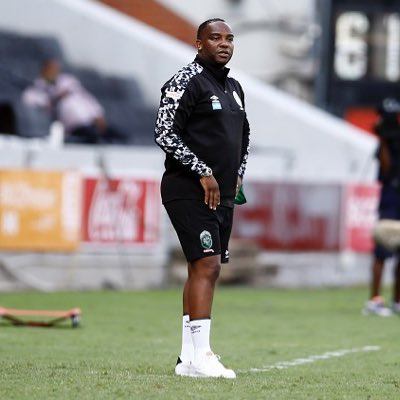 AmaZulu is on the podium of the Premier League since last Sunday. This is the result of an incredible comeback that began when Benni McCarthy took over as coach at the end of December.

Benni McCarthy is the messiah AmaZulu has been waiting for. The former Bafana Bafana star is performing miracles on the Kwazulu club's bench. And he has done so beyond all expectations. When he arrived in late December, the team had only six points from seven games, with three losses, one win and three draws, but McCarthy has turned them into a winning machine. AmaZulu's 1-0 win over Black Leopards on Sunday was their fifth straight win in the South African Premier League.

No other team has done better over this period. Even better, in the last 10 matches, the team of Bafana Bafana's all-time top scorer has won eight times and drawn twice. Since Benny's arrival, AmaZulu has only recorded one defeat. And that was at the very beginning of the adventure, in their third outing.

After this stumble, AmaZulu (37pts+9) became a steamroller. Today, he no longer looks in the rear-view mirror to see if the relegated teams are far away. Instead, they look ahead. The club is in third place in the league, tied with second-placed Golden Arrows (37pts+11). Both teams are only three points behind leaders Mamelodi. But Sundowns, who play in the CAF Champions League, have three fewer games than their rivals.

The AmaZulu chairman had seen it right when McCarthy was introduced. "When you want to build an ambitious team, you need a quality technical staff. And we think McCarthy can provide that. We want to attract ambitious young talent and go to the top," said Sandile Zungu. However, the South African Football Association (SAFA) will have to be careful not to disrupt this momentum. The former FC Porto striker is on the shortlist of coaches who could succeed Molefi Ntseki on the Bafana Bafana bench.