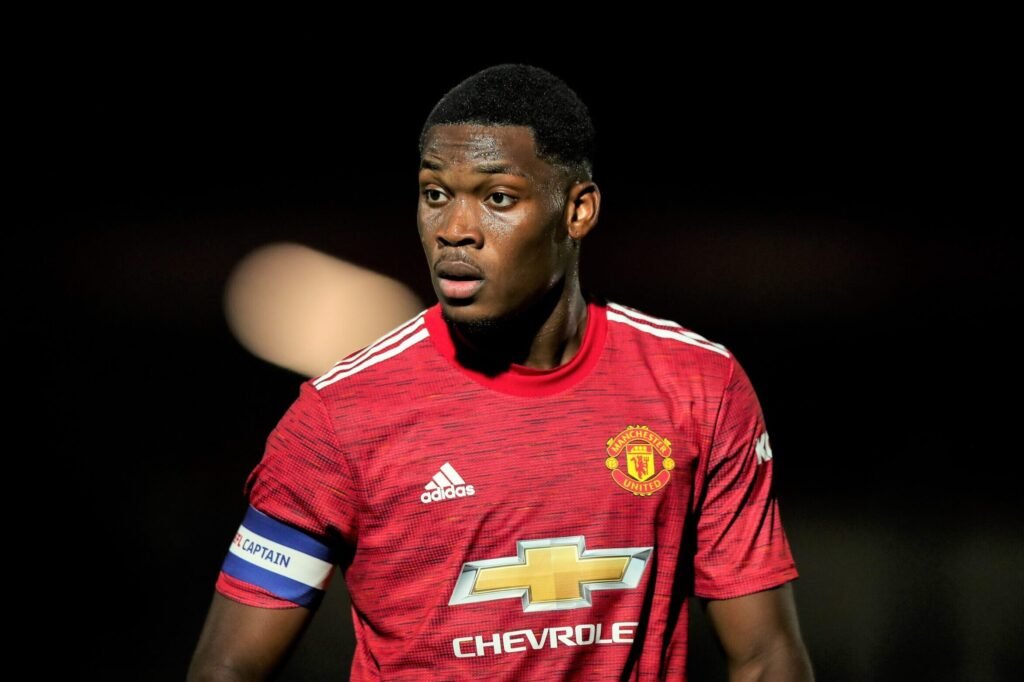 The 18-year-old extended his contract which will keep him at the club until June 2024, with the option to extend for a further year.

Mengi, who is of Angolan background shot into the limelight last term having featured for Ole Gunnar Solskjaer's men in their 2-1 Europa League win over LASK at Old Trafford.

“Manchester United is delighted to announce that Teden Mengi has signed a new contract which will keep him at the club until June 2024, with the option to extend for a further year,” a statement from the club read.

“Mengi is a product of the club's famed Academy and has been at United since the age of seven.

“The 18-year-old, who made his debut in last season's Europa League tie against LASK at Old Trafford, was promoted to the senior squad at the start of the 2020/21 campaign.

“During the first half of the season, Mengi trained with the first-team squad whilst featuring 10 times for Neil Wood's Under-23s side.”

“The England Under-19 international has captained United throughout the age groups and has been regularly praised for his mentality,” it continued.

“The Academy graduate is the third United player to sign a long-term contract this week following on from Hannibal and Anthony Elanga.

“Mengi will be looking to hone his talents and maintain his development at the club over the coming years.”

Despite featuring for England at U15, U16, U17 and U18 levels, he is eligible to represent Angola at senior level.