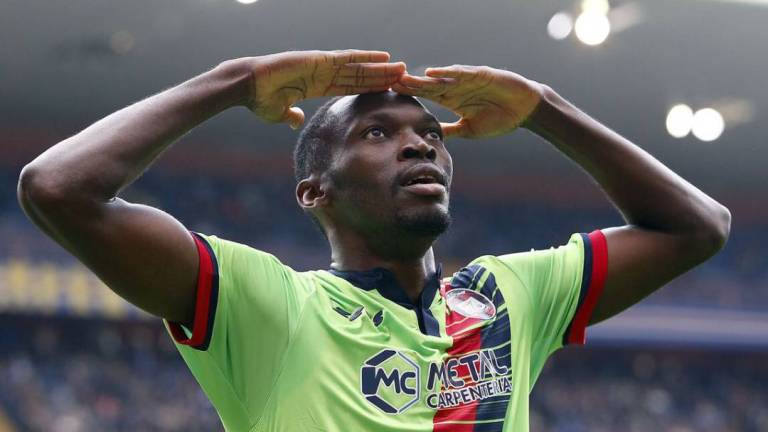 Super Eagles striker Simy Nwankwo is reportedly in the sights of AS Saint Etienne, completesports.com reports. The 29-year-old, who has scored 20 goals in 38 games for Serie A side Crotone this season, is said to have caught the eye of Les Verts.

His club has been relegated to Serie B, so he could join Ligue 1 this summer. The Nigerian international is under contract with Crotone until 2022 and is also of interest to other clubs such as Brighton, Sevilla and Real Betis. However, Crotone are reportedly demanding €6-7m to sell their striker.