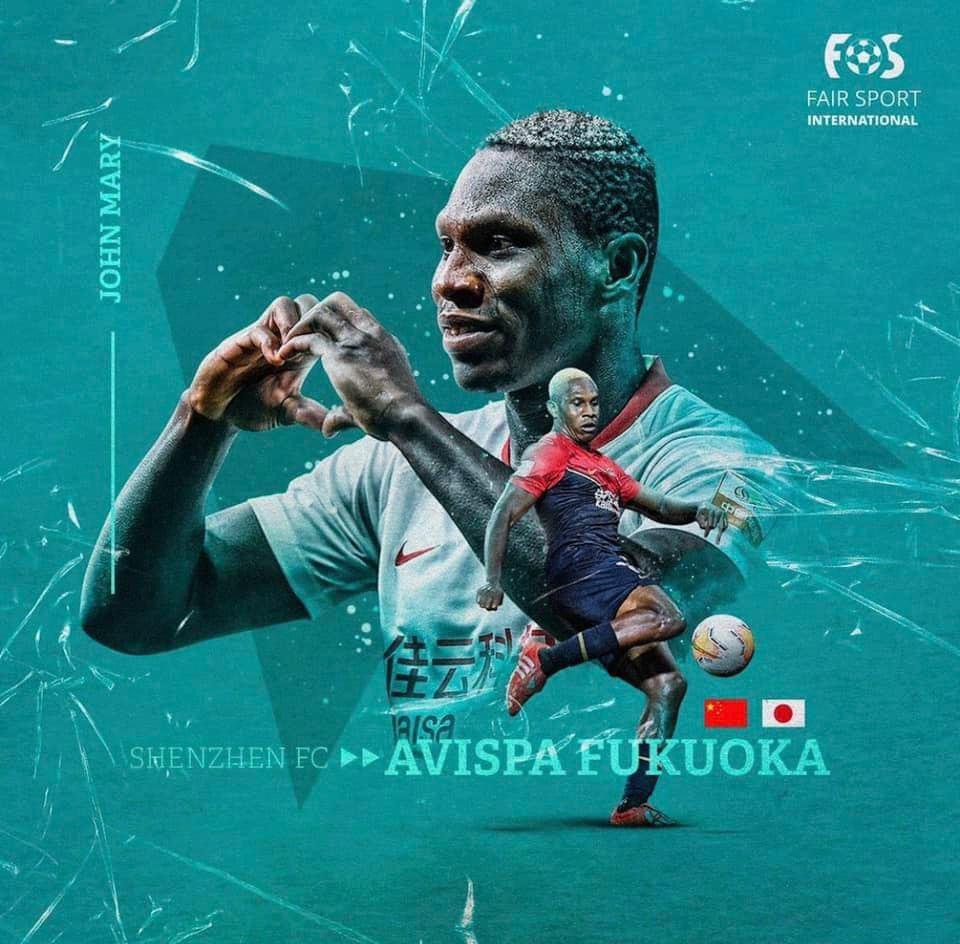 27-year-old Cameroon forward John Mary Honi Uzueghunam has opted for a move to the Japanese J-League.

The Nigerian born Cameroon international player moved to China in 2018 when he signed for Meizhou Hakka.

After two seasons with Meizhou Hakka, where he scored 36 league goals in 43 league games in the Chinese second tier, he moved to Shenzhen FC.

At Shenzhen FC, he totaled 20 goals in 32 league appearances. He will know have to carry on his goal scoring mission in Japan.

Japan is not a popular destination for African players, but two illustrious Cameroonians have already had spells in Japan. Former Indomitable Lions captain Stephen Tataw led the way before Patrick Mboma left signs and wonders with Gamba Osaka.