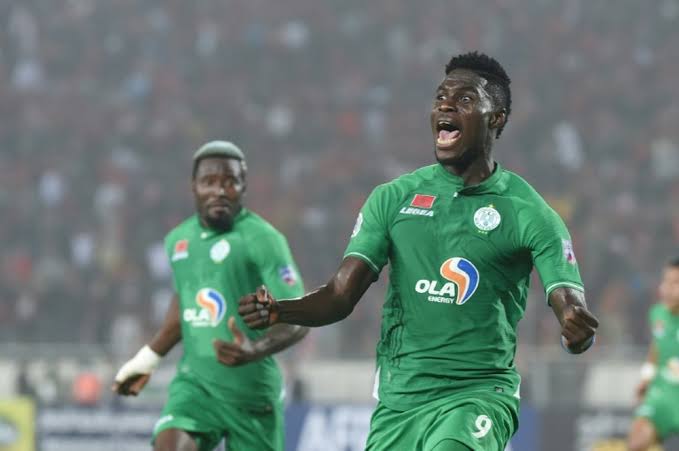 After two seasons in Morocco, Ben Malango is leaving for the Gulf. The Congolese striker has indeed left Raja of Casablanca for Al Sharjah, a club with which he will sign this Monday, July 26, after the medical examination.

Malango won the Confederation Cup with Raja. He finished top scorer in the competition with six goals. A title he won for the second time after the one in 2017 when he played for TP-Mazembe.

The Congolese said goodbye to his now ex-teammates on Friday 23 July after Raja's 1-0 victory over Renaissance Zemamra on the 29th and penultimate day of the Moroccan top flight.

Ben Malango, who scored 15 goals, is heading to the United Arab Emirates, and he is ranked second in the scoring charts, one goal behind first-placed Ayoub El Kaabi of Wydad Casablanca.

The Congolese striker arrived at the Moroccan club two years ago and has made 79 appearances and scored 35 goals in all competitions.

The 27-year-old is now embarking on a new chapter in his career with Al Sharjah, who finished fourth in the UAE league last season.