Menu
Fermer
Menu
close
3 months |
All African countries, At a glance, Other sports 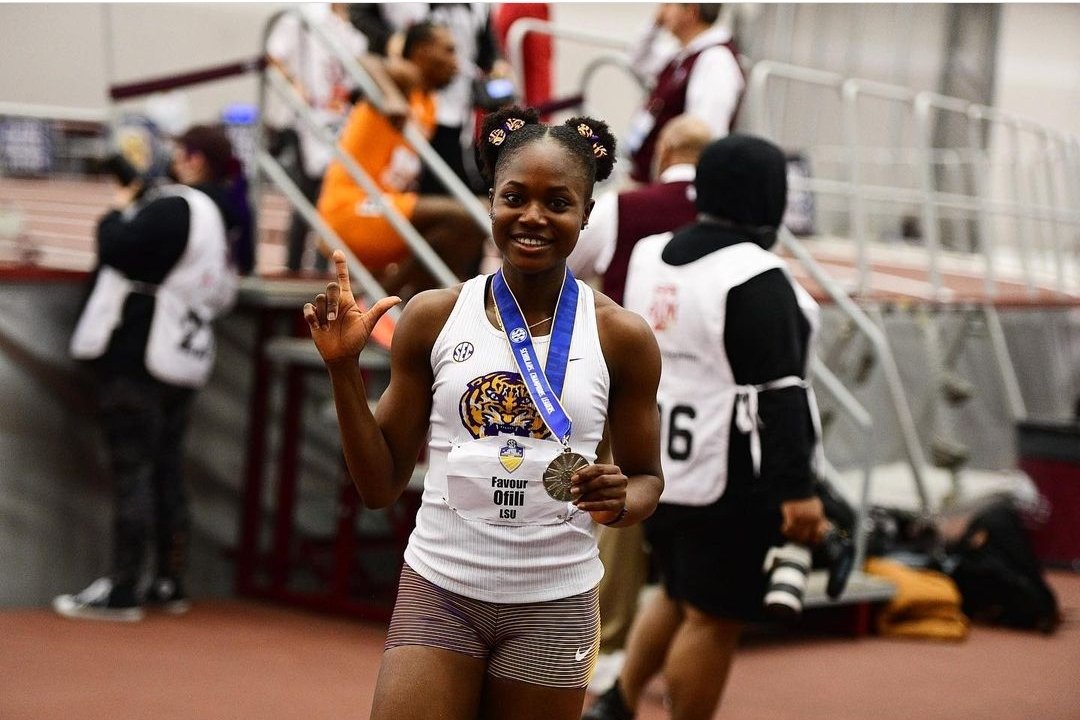 The Nigerian sprinter Favour Ofili is the queen of the 200m indoor race. The 19-year-old nugget has dethroned the legend Murielle Ahouré. She has improved her African record three times

At only 19 years old, Favour Ofili is setting new records. She holds the four best African times in the 200m indoor event. African queen of the event since February 2021 with a time of 22s75, the Nigerian has improved this record three times in February 2022.

She had already announced her intentions earlier this month by improving her African record to 22.71s for victory at the New Mexico Collegiate Classic. The Nigerian repeats at the SEC Indoor Championships in the USA. Favour Ofili was explosive on the 200m line on Sunday 27 February. She won the silver medal behind the American Abby Steiner (22s09) with a dazzling time of 22.46 seconds. This is the new African indoor 200m record.

The Nigerian sprinter had also set a new continental record with a time of 22.61 seconds in the heats. In the space of a month, she improved her own African record three times. Amazing. Even better, she is only the second African athlete to run under 23 seconds in the 200m indoor race. Ivorian Murielle Ahouré had already achieved it with a time of (22.80s).

Ofili, a meteoric rise
Favour Ofili is undoubtedly the new star of Nigerian sprinting. At only 19 years old, she has a well-filled list of achievements. African junior champion in the 200m and 400m in 2019. She will even be named female athlete of this competition. The same year, the nugget distinguished herself at the African Games by winning silver in the 400m with a personal best of 51.68s. This was enough time to participate in the World Athletics Championships in Doha. She will also be crowned at these games in the 4x400m relay. At the age of 16, she won her first two medals in the senior category.

Ofili continued her meteoric rise. She was even selected for the 4x400m relay team for the Tokyo 2020 Olympic Games. However, Nigeria was disqualified for a technical fault. After this disillusionment, Ofili bounced back at the U20 World Athletics Championships in Nairobi. Ofili won bronze in the 200m (22.23s) behind Namibia's Christine Mboma and Beatrice Masilingi, and won the same medal in the 4x100m. She won gold in the women's 4x400m. The Nigerian is well on her way to winning more medals. Perhaps in a few days at the World Indoor Championships in Belgrade.