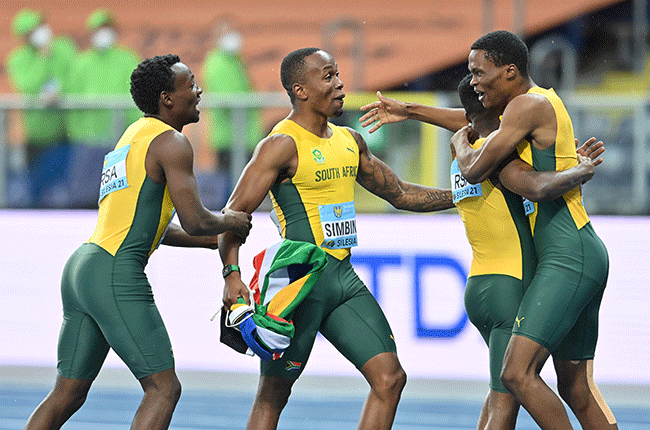 South Africa is not doing well in the medal table at the Tokyo Olympic Games. With only three medals so far, the record is unappetizing for the Rainbow nation.

South Africa has had a lackluster Olympic Games this far. It has only won three medals. Swimmer Tatiana Schoenmaker won gold in the 200m breaststroke and another silver in the 100m breaststroke. In addition to Bancaire Buitendag, who won silver in surfing, the Rainbow Nation has been on a backpedal. Comparatively, it had ten medals at the 2016 Rio Olympics, two of which were gold.

South African athletes have missed out on opportunities, however. This was the case for Akani Simbine, who finished at the foot of the podium in the 100m final.

The 4X100m relay was an opportunity to increase the medal haul. However, this was also a failure. An incident occurred during the baton change. The result: no place in the final.

Gerda Steyn and Ashleigh Buhai, the last hope
Gerda Steyn is one of South Africa's last medal hopes. She competes in the women's marathon. The young woman born in 1990 holds the record for the Comrades Marathon race in 2019. She clocked a time of 5'58''53. She became the first woman to run under six hours in the event.

Another medal hopeful is Ashleigh Buhai, the golfer. She has managed to win three times on the European circuit. She also managed a top 10 finish at the British Open.

The South Africans will be watching her two representatives closely. They represent an opportunity to improve their record.