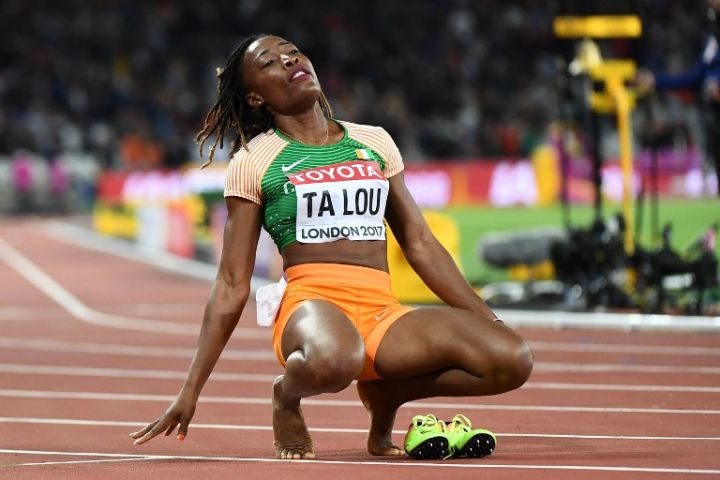 In the absence of medals, the continent will have to make do with the qualifications for the semi-finals of a handful of its athletes, especially the sprinters. Here are the African performances of this Saturday, July 31 at the Olympic Games Tokyo 2021.

The only ray of sunshine over the African sky on Saturday 31 July was the ceremony for the men's 10,000m. On the top step of the podium, monopolized by Africa, Ethiopia's Selemon Barega, the winner, was as straight as an i as his country's anthem was played. Around him were two Ugandans: Joshua Kiprui Cheptegei, on his right, and Jacob Kiplimo, on the left. The induction of the trio, victorious the day before, brightened up a gloomy day at the Tokyo 2021 Olympic Games (OG) for the continent.

Ta Lou, the shattered dream
Yet things had started well. The Ivorian Marie-Josée Ta Lou had qualified with flying colors (10.79) in the women's 100m final. She almost repeated her performance of the day before (10.78), when she equaled the African record in the heats, which she now holds together with her compatriot Murielle Ahouré.

The Ivorian had almost succeeded in restoring color to the African flag that had faded a few hours earlier with the elimination of Nigeria in the first round of the Olympic men's basketball event. The D-Tigers had just recorded their third defeat (71-80) in three outings in group B against Italy. With zero wins in these Games, they left Japan empty-handed, despite their NBA armada and promising preparation.

Ta Lou seemed to be well on her way to making us forget this brutal awakening. But in the final, the Ivorian sprinter lost out on the podium with a time of 10.91. Far from her level shown during her previous outings in Tokyo. In front of her, the Jamaican triplet, Elaine Thompson-Herah (10.61), Shelly-Ann Fraser-Pryce (10.74) and Shericka Jackson (10.76), were out of reach.

Comfort from the sprinters
As Ta Lou collapsed, the African public had just dried its tears over the elimination of Côte d'Ivoire, which fell (2-5) to Spain in the quarter-finals of the football event. The Elephants had qualified in stoppage time, thanks to a goal from Gradel (2-1, 90+1). They conceded the equalizer three minutes later before collapsing in extra time.

Egypt, who were also eliminated (0-1) in the quarter-finals by Brazil, could not offer Africa a place in the semi-finals as a consolation.

This day of Saturday 31 July would be totally forgotten if the African sprinters had not shone during the day's heats. Seven of them managed to qualify for the semi-finals, scheduled for Sunday 1 August. Their chances of reaching the final are slim, but they still exist.