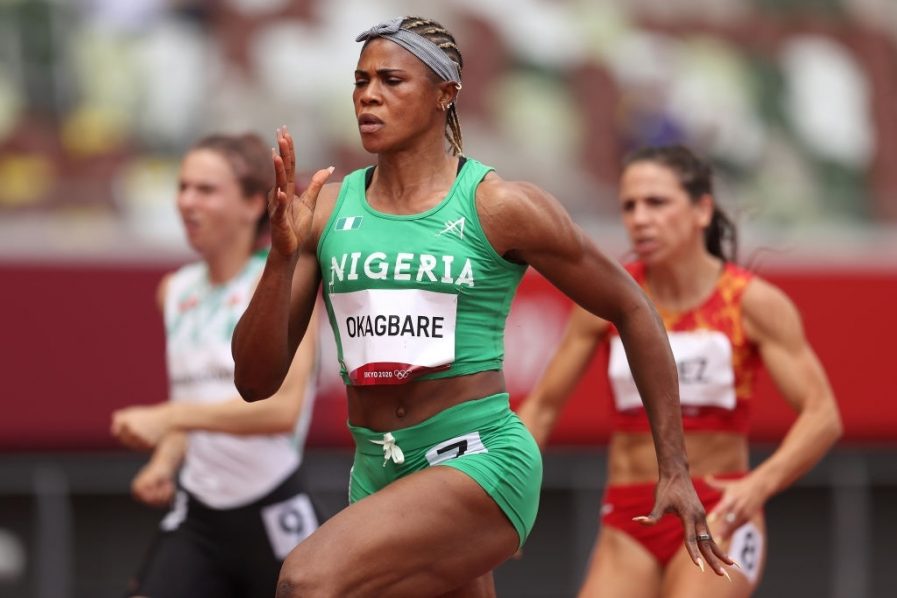 On Saturday 31 July, three African athletes will face each other on the same track in the 100m event at the Tokyo Olympic Games. They are Nigeria's Nzubechi Grace Nwokocha, Gambia's Gina Bass and Murielle Ahouré. Can all three qualify for the finals?

A race with an African twist. For the semi-finals of the 100m (W) series 3 at the Olympic Games, three of the seven lanes of the track will be occupied by African sprinters. Ivorian Murielle Ahouré in lane 2, Gambia's Gonas Bass in lane 3 and Nigeria's Nzubechi Grace Nwokocha in lane 7. 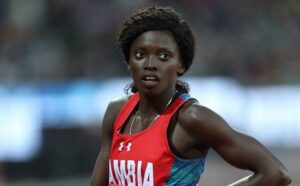 Gina Bass will compete in the semi-finals of the 100m

It was time for confirmation for Gambian runner Gina Bass. And the 25-year-old athlete did not disappoint in her Tokyo Olympic debut. The first Gambian athlete to reach the final of a World Championships event (Doha 2019), Gina Bass managed to qualify for the semi-finals of the 100m at the Olympic Stadium in Tokyo with a time of 11''12.

Already at the All-African Games in Rabat (Morocco), in 2019, Gina Bass had created a sensation by winning gold in the 200m in 22''58 and silver in the 100m in 11''13. These two times are the new Gambian records. Gina Bass even had the luxury of beating Ivorian Marie-José Talou in the 200m and finishing hot on her heels in the 100m. Since then, she has continued to shine.

Murielle Ahouré ready for the battle of the 100m semi-finals

Murielle Ahouré brilliantly qualified for the semi-finals by finishing third in her heat, with a time of 11''16, her best result of the year. At 33, the Ivorian, 5th in the 100m at the 2016 Rio Olympics, is undoubtedly competing in the last Olympics of her career. And to put all the assets on her side, the sprinter had opted not to compete in any official competition this year. This was in order to arrive in Tokyo in top form.

A strategy that has paid off so far, as she will be on the starting line for the semi-finals of series 3. But to hope to win an Olympic medal in Tokyo, Ahouré will have to fight hard, especially against her two African compatriots.

At this meeting, the African sprinters Murielle Ahouré, Gina Bass and Nzubechi Grace Nwokocha will have their work cut out for them in front of the indomitable Jamaican Fraser-Pryce. Gold medalist in the 100m in 2008 and 2012, she ran a steady and controlled pace to win her race in 10''84. The 34-year-old, who moved up to second all-time in the world with her 10.63 run in June, is competing in her first Games as a mother. A new status that clearly does not affect her performance.