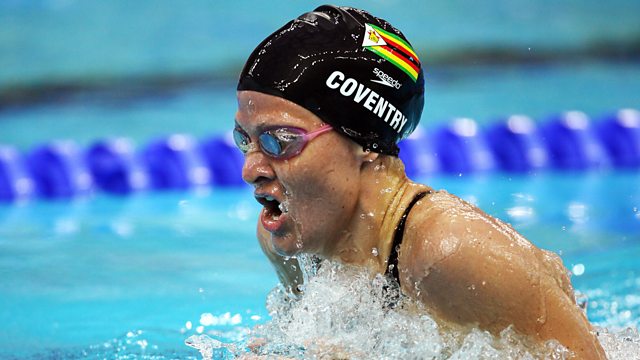 Zimbabweans hold her close to their hearts. Former swimmer Kirsty Coventry, winner of 7 Olympic medals, including 2 gold, has raised the national flag to the highest level. The work of the world champion swimmer is still echoing in Africa and around the world.

There are those feats that are not soon forgotten. Those performances that feel like an earthquake that shakes the planet. So much so, the unexpected happens. Sixteen years earlier, in Montreal, Canada, the Zimbabwean flag flew over the pool. Tears of happiness, a gold medal around her neck, Kirsty Coventry could not believe it. And yet she was not dreaming. She was the new world champion in the 100 m backstroke (1'0''24). And at 21, she had just made history. Once again.

In August 2004, in Athens, Greece, her three Olympic medals had already made her a pioneer. Never before had Zimbabwe seen one of its children on the Olympic podium. Kirsty did it three times. First in the 200m backstroke, second in the 100m backstroke, third in the 200m medley. Simply amazing.

Kirtsy doesn't like to play second fiddle. She likes to be "number one", as she said after her victory in Montreal in 2005. Proud to represent her country on the international stage, the world and Olympic champion hopes to give hope to her nation through her performances. "Things haven't worked out for us in sport. But I know that my performances inspire people, especially young people, to keep believing," she said.

A passion inherited from her grandfather
Born on 16 September 1983, the young girl started flirting with swimming at a young age (one and a half), in the swimming pool of a Harare suburb where her parents ran a chemical company. She developed a taste for the sport. But this passion for swimming is no accident. Kirsty got it from her grandfather who had shown the way by opening a swimming club.

Kirsty quickly felt too restricted in a country where swimming lacks infrastructure, means and coaches. After graduating from high school, she flew to the United States and went to Auburn University in Alabama.

Once she had settled in Uncle Sam's country, the world champion swimmer moved away from Zimbabwe. Her visits became rare. I have no choice," she says, "my success is at this price. Despite this, after shining at the Athens Olympics in August 2004, she was triumphantly welcomed back to Zimbabwe. The "golden girl", the "heroine" is back. She is the pride of Harare.

A sensational comeback in 2008
In a country where living conditions are difficult, all children now dream of becoming a Kirsty Coventry. In fact, several girls were named after the athlete in the 2000s. And for once, several swimming pools are being built for young people in Zimbabwe.

Kirsty Conventry, on the other hand, continues on her way. After a difficult period between 2005 and 2006, when she was hit by injuries, the Zimbabwean made a stunning comeback in 2008. Two months before the Summer Olympics in Beijing, China, Conventry set the fastest time in the history of the 200m backstroke event at a meeting in Columbia, Missouri. Swimming the four lengths of the pool in 2'06''39, she erased the previous mark held by Hungary's Krisztina Egerszegi since 1991 in 2'06''62. In doing so, the Zimbabwean improved on the second oldest world record in swimming for both men and women.

At the Beijing Olympics, Conventry also won four more Olympic medals. Back in Zimbabwe, the 'golden girl' continues to inspire young people. She was even received by Robert Mugabe, the country's president at the time. In 2016, Kirsty Coventry announced her retirement. Now 38 years old, the champion still lives for sport. The living legend of Zimbabwe is now a member of the International Olympic Committee (IOC).