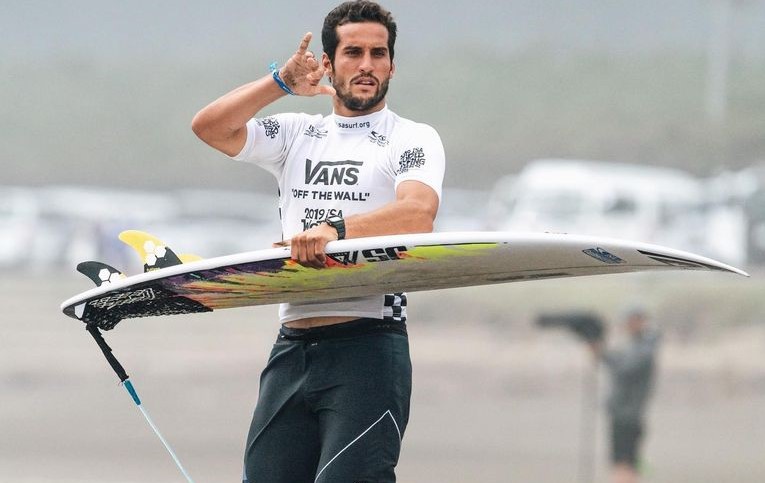 The Moroccan athletes present at the Olympic Games are experiencing a series of premature eliminations. For the third day of the competition, only two Moroccans already entered the competition still have the opportunity to continue the adventure: surfer Ramzi Boukhiam and Ibtissam Marirhi in shooting.

Surfer Ramzi Boukhiam has qualified for the round of 16 and will face Frenchman Michel Bourez for a place in the quarter-finals. Ibtissam Marirhi is also continuing her shooting adventure after finishing 18th in the women's skeet event with 69 points. Both will be competing again on Monday 26 July.

In taekwondo, it's even the hecatomb before Achraf Mahboubi enters the competition. Nada Laaraj (-57 kg) and Oumaima El Bouchti (-49 kg), on whom great hopes rested, are already eliminated after their respective defeats against the American Anastasija Zolotic and Sim Jae-Youb.

On his part, the fencer Houssam El Kord lost in the 8th finals of the individual epee event to the Hungarian Gergely Siklosi (13-15). El Kord had qualified for this round at the expense of Ziie Wang from China.

The judoka Soumiya Iraoui did not do better. She suffered another setback for Morocco in the 8th finals of the under 52kg category. It was against the British Chelsie Giles (0-10). She had however beaten in the round of 16 the Taiwanese Kachakorn Warasiha (10-0).

In its very first participation in the Olympic Games, the national beach volleyball team, composed of Zouhir El Graoui and Mohammed Abicha, lost to its Polish counterpart by 2 sets to 0.

Boxing misses out
If Morocco had won its only medal in 2016 in boxing with the bronze of Mohamed Rabii, it will be hard to repeat this feat in Tokyo. Mohamed Assaghir (75-81 kg) was quickly knocked out of the running. He lost by KO in the 3rd round to the Russian Imam Khataev. Mohamed Hamout, his compatriot, did not do better, losing to the Iranian Daniyal Shahbakhsh in the featherweight bout.

In the women's category, Rabab Cheddar (51 kg) lost in the round of 16 to the British Charley-Sian Davison (5-0). So did Abdelhaq Nadir who faced the Mauritian Louis Richarnon (57-63kg).

On Tuesday 27 July, Oumaima Bel Habib (69kg) and Youness Baala (91kg) will be on the attack. They are still the only reasons for hope of the Kingdom in this specialty before the entry of other qualified athletes in other disciplines.