2022 WC Qualifiers: Precious away win for DR Congo in Tanzania 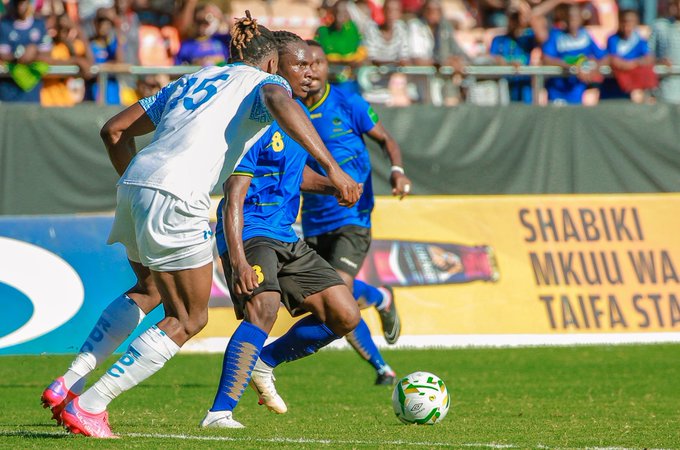 2022 WC Qualifiers: Precious away win for DR Congo in Tanzania

The Democratic Republic of Congo national team have revived their hopes of qualifying for the next stage of the FIFA World Cup 2022 qualifiers after picking a win away in Tanzania.

Tanzania went into the game top of J, but the defeat to the Leopards and Benin’s 2-0 win against Madagascar has seen the Taifa Stars slip to third place.

Taifa Stars started well with an early attack that saw Simon Msuva’s shot miss the target by inches. But against the run of play DR Congo took the lead through Gael Kakuta after 6 minutes.

Kakuta squeezed in a hard shot at the near post past Tanzanian goalkeeper Aishi Manula. The home side tightened their defending line, but still failed to level matters in the first half.

After 66 minutes Idumba Fasika made it 2-0 for DR Congo with a well taken volley inside the box after a corner kick. Later substitute John Bocco had his header saved by DR Congo goalkeeper Joel Kiassumbua from close range after 78 minutes.

DR Congo did not stop pushing forward and capitalized on poor defending by the Taifa Stars to make it 3-0. Ben Malongo jumped high and nodded in the third goal after 85 minutes.

The win means DR Congo move into second place with 8 points, while Benin have 10 points and Tanzania 7. The last Group J matches will see Tanzania play away to Madagascar, while DR Congo will host Benin on November 14th.