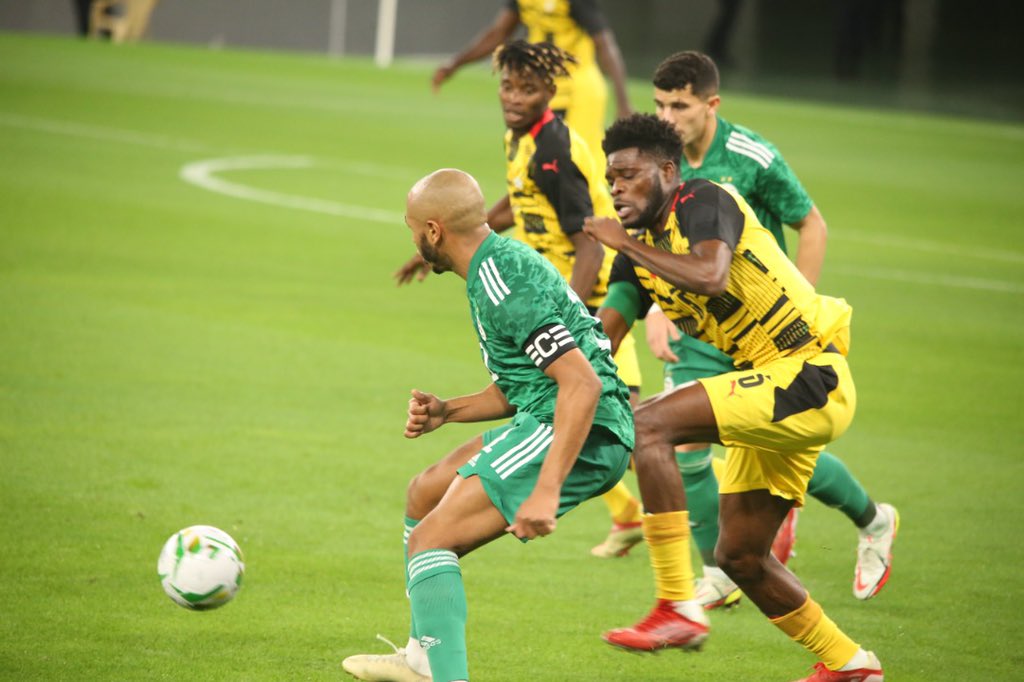 The Black Stars of Ghana were thrashed 3-0 by the four-times African champions, Algeria in an international friendly match at the Education City Stadium in Qatar on Wednesday evening.

The Desert Warriors of Algeria were given the lead by Adam Ounas in the 8th minute of the game.

Ghana’s Jonathan Mensah, who is captain of Columbus Crew doubled the lead for Algeria through an own goal in the 75th minute before Islam Slimani's cool finish in the 79th minute following a mistake by substitute goalkeeper Lawrence Ati-Zigi
helping the African and Arab champions head to AFCON with a confidence-boosting victory.

The Ghanaian team was poor right from the start of the game as Algeria dominated and controlled the match. Halfway through the first stanza, Adam Ounas roasted defender, Gideon Mensah before firing at the near post which goalkeeper Manaf Nurudeen failed to grab.
The 2019 champions held on till half time but after the break, teen sensation, Fataw Issahaku forced Algeria goalie Rais M'Bolhi into making a good save.
The Black Stars matched their opponents boot to boot but the Algerians showed quality forcing US-based defender Jonathan Mensah to turn a cross into his own net with ten minutes left.
Islam Slimani rounded off a brilliant performance after tapping home his side's third in the whitewashing of the Black Stars.

The Black Stars will leave Doha, Qatar on Friday, 7th January ,2022 with a chartered flight to Cameroon.
They will play their first game of the tournament against Morocco on Monday, 10th January ,2022 before they face Gabon four days later and Comoros in the final game of the Group C games.