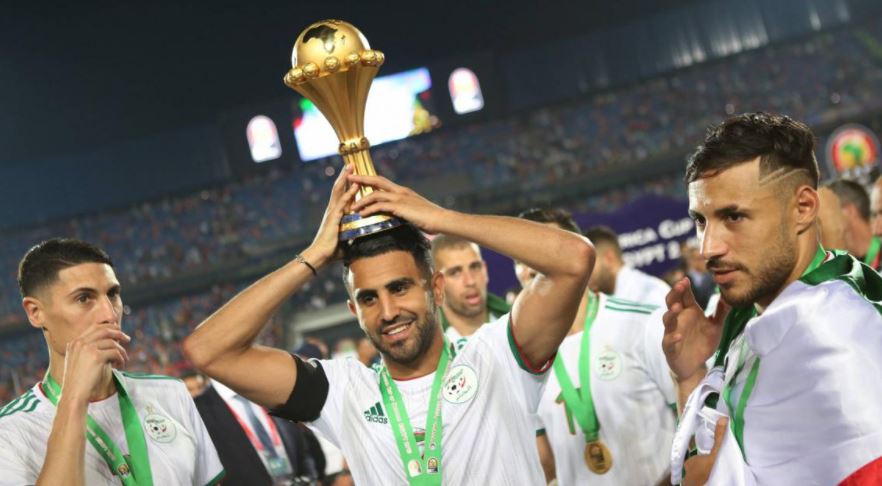 After its victory at the 2019 AFCON in Egypt, Algeria puts its title at stake in Cameroon. The Greens have come with one objective: to retain their trophy. And for that, they want to send a message from their first match in the competition, against Sierra Leone.

It's an understatement to say that Algeria are expected to be in Cameroon. The reigning African champions are on an impressive 34-game unbeaten streak in all competitions, and the Greens will arrive in Cameroon as favorites to win the title. This is not a coincidence given the current momentum of the team and the impression of serenity that emanates from Djamel Belmadi's group. The Algerian coach knows how to deal with the inherent pressure on the shoulders of the favorites. In addition, he clearly states his ambitions: to give Algeria its third continental crown.

Djamel Belmadi: "The pressure? We are used to it".
"We live with this pressure. There is a difference with 2019 because of our status today, of course. But even in 2019 we had already announced that our objective was to win. I put the pressure on myself. So we are used to it," the coach told the press conference. ''We're used to it," he said in a press conference. "And to show that Algeria are here to go all the way, there's nothing better than a successful start to the Africa Cup of Nations to send a strong signal to the competition.''

For that, they will have to defeat Sierra Leone. It's not the toughest opponent on paper, especially when you're called Algeria. But Belmadi does not intend to leave anything to chance and even less to underestimate his opponents. "They were in the same group as Nigeria and Benin in the qualifiers for this Africa Cup of Nations," he said, before adding: "They have that reference match in Nigeria, where they won 4-4. We will have to be careful because there is no small team in Africa. If we let our guard down, we will pay dearly.''

John Keister: "Not afraid of Algeria
Although Algeria will have to deal with a number of absentees for their opening game, a victory already seems imperative. Especially in this group F which also includes Côte d'Ivoire. However, the Greens will have to be wary of a Sierra Leonean formation that intends to play its chance boldly. Back in the finals of an African Cup of Nations 26 years after their last participation, the Leone Stars want to play a bad trick on the defending champions. Despite the slim chances given to his team by observers, coach John Keister wants to believe.

"We have a lot of respect for the Algerian team. They are one of the best teams in Africa, if not the world," Keister said at his press briefing, before adding: "But we are not afraid to play them.'' The team's mainstay, Kei Kamara, is one of the five oldest players at the 2021 Africa Cup of Nations. But also on Steven Caulker, the former English youth team defender, now Sierra Leone international. These are men of experience to guide his troops on the field against a well-oiled machine.