AFCON 2021 Build up: Anecdotes and unusual stories about the competition 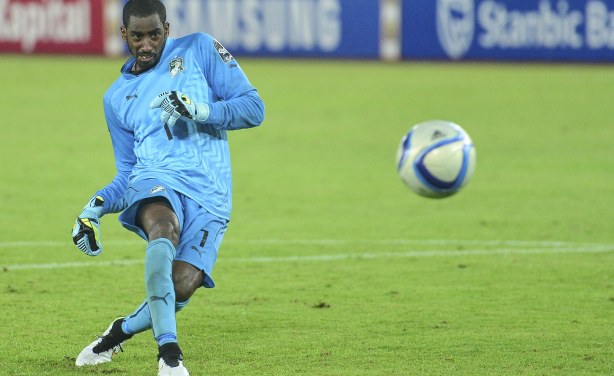 AFCON 2021 Build up: Anecdotes and unusual stories about the competition

The 2021 African Cup of Nations will take place from 9 January to 6 February in Cameroon. A highly anticipated edition, three years after Algeria's victory in Egypt and the postponement of the competition by one year due to Covid-19. A true celebration of African football, the CAN fascinates the greatest number of people and thrills fans throughout the continent. The tournament is also regularly accompanied by anecdotes and unusual stories on and off the pitch. Sports News Africa has chosen to look back at some of these stories from the last few editions.

AFCON 2006: A long penalty shootout
Egypt won this edition, but the 2006 edition was marked by an interminable penalty shoot-out. Cameroon and Côte d'Ivoire faced each other in the semi-finals with a place in the title game at stake. The two teams were tied at the end of regulation time (0-0). Things seemed to settle down in extra time when Baky Koné opened the scoring for the Elephants. But Albert Meyong Ze replied in the aftermath and put the two teams back on level terms. The decision will be made in the penalty shootout.

And what a session the Cameroonians and the Ivorians will have. All the players took it in turns to convert their attempts, even the goalkeepers Hamidou and Tizié. After the first 22 shots, Eto'o took off for his second attempt and missed. Drogba came forward again, took responsibility and sent Côte d'Ivoire into the final of the competition. With 24 attempts in total, this session remains the longest in the history of the AFCON.

AFCON 2010: Angola - Mali, a shower of goals... and millions
A football match can be a thrill, but it can also bring in a little money. This is the unlikely story that happened to a viewer of the match between Angola and Mali in the opening match of the 2010 AFCON. The hosts were heading for a 4-0 victory in the last quarter of the game. The moment chosen by a fan to bet on an online sports betting site on a change in the score and an unlikely Mali comeback. Four goals in 15 minutes? Bold.

Yet the unthinkable was about to happen. The Eagles of Mali reduced the score, before finally equalizing in the final moments at 4-4. It was a legendary comeback, and one that had never been seen before in the finals of an African Cup of Nations. If the Malians could rejoice at this unexpected point, the happiest person was the reckless bettor. With a bet of 5 euros at 1000 to 1, he pocketed the sum of 5000 euros. Luck or talent?

AFCON 2012: Mulenga misses Zambia's title after being sent off for a night out
Zambia won the 2012 edition of the African Cup of Nations in a surprise penalty shoot-out against Côte d'Ivoire. Led by Hervé Renard on the bench, the Chipolopolo thwarted all predictions. On the final podium, however, there is a striking image: there are only 22 players to receive their medals and not 23. Clifford Mulenga is missing. The reason for this is that he was excluded for "disciplinary reasons" during the group phase, without having played a single match. The man who was named best young African player at the 2007 CAF Awards had, along with three other teammates, violated the curfew set up by the Zambian staff.

A night out that the small group will pay dearly the next day. In addition to the financial penalties, they were forced to apologize in front of the whole group. All of them did so, except Clifford Mulenga. When he refused, he was simply excluded from the group for the rest of the competition. Little did he know then that his teammates would create a sensation and go on to the top of Africa. Since then, Mulenga has played in a number of leagues, including South Africa, but has never been able to showcase his talent to the full. The reason for this was an addiction to alcohol, which he eventually admitted to. "If I could change anything about Clifford Mulenga, I wouldn't have drunk as much as I did," he said.

AFCON 2013: Niger launches telethon due to lack of funds
The Nigerian team has brilliantly qualified for the 2013 African Cup of Nations in South Africa. But the problem is that the Federation's coffers are empty. The team's preparation for the competition is in danger of falling through. Faced with this situation, the idea of organizing a fundraising event emerged, so that Mena supporters and football fans in general could help the team led by Moussa Maazou. Very quickly, the organization of the event took shape.

On 4 January 2013, the Telethon was broadcast live on national television by the Niger Federation. The event was even a success, as 3 million euros, or nearly 2 billion CFA francs, were collected. The State of Niger contributed half of the sum collected. This will allow the team to ensure its preparation, even if in the end the journey will stop at the group stage with two defeats and a draw.

AFCON 2015: the real story of Copa Bary's cramps
After years of chasing a title that seemed to elude them, Côte d'Ivoire won the second AFCON in their history in 2015. The whole thing was won in the end during an interminable penalty shootout against Ghana, whose final hero was none other than Copa Barry. The images of the Ivorian goalkeeper suffering from cramps are still fresh in everyone's mind. The Ivorian goalkeeper had just saved the Ghanaian goalkeeper's attempt, and it was up to him to go to the penalty spot for the title ball. But he was unable to do so. Lying down, the keeper complains of cramps. Next to him, the assistant referee Djibril Camara observes the scene. He noticed that the Elephant was faking an injury so he wouldn't have to go and shoot.

"He said he couldn't shoot because of a pain in his leg ''. The Ivorian captain at the time, Yaya Toure, wanted to shoot in his place but the central judge, Papa Gassama, and I refused because it was impossible," the Senegalese official told L'Enquête three years later. "I approached him to convince him. I told him: 'This is the second time you are playing in an African Cup final. You lost the first one. Today, you are one of the oldest members of the Ivorian team. There is only one shot left for Côte d'Ivoire to win the continental trophy. You have to take your responsibility to take the penalty. If you score the winning goal, you will be a hero at home. It will also be an opportunity for you to finish your international career in style. These words obviously touched the pride of Copa Barry, who got up to take the winning penalty''.

"When he scored the winning goal, he sprinted when his teammates chased him. I thought to myself that an injured man can't do that sprinting. He wanted to make things difficult for us and I was smart enough not to fall into his trap," concluded Djibril Camara.