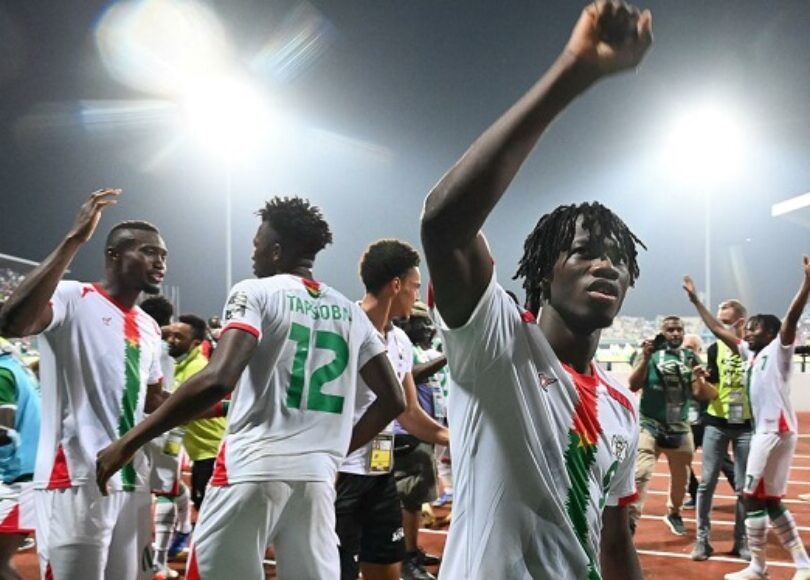 The Stallions of Burkina Faso have defeated the Eagles of Carthage of Tunisia. The teammates of Bertrand Traoré are now in the semi-finals of the AFCON 2021.

Tunisia faced Burkina Faso in the quarter-finals of the 2021 Africa Cup of Nations. The Stallions won 1-0 and qualify for the semi-finals.

This quarter-final between Burkina Faso and Tunisia starts very quickly. The two teams tried to make the difference very quickly. But in the first quarter of an hour, it is the defenses that take precedence over the attacks. The twenty-two players put a lot of rhythm and intensity on the exchanges and duels. The first shot was fired by Cirylle Bayala in the 24th minute. The winger provokes and leaves Mohamed Dräger on the left. He stepped forward and tried to shoot between the legs of the Tunisian keeper, who closed the door at the last moment. Within a minute Edmond Tapsoba had a great chance to get in on the action. But his shot fell on a defender.

Tunisia reacted immediately. Two minutes later, Wahbi Khazri took a free-kick from 30 metres out. His floating shot was blocked by Hervé Koffi who deflected it into a corner. In the 35th minute, Jaziri almost scored a gag goal. Hervé Koffi threw the ball to Edmond Tapsoba. The latter cleared the ball and was thwarted by the Tunisian striker. The ball went narrowly wide of the Burkina Faso goal.

Dango Ouattara finds the back of the net
With a lot of pressure, the Stallions found the opening. Dango Ouattara was played in from the right on a superb counter-attack. He got ahead of Oussama Haddadi. In the box, he hooked past two defenders before finishing with his right foot. Goalkeeper Bechir Ben Saïd could only watch the damage. Burkina Faso opened the score in the extra time of the first half (45+3). The referee whistled for half-time.

With his back to the wall, the Tunisian coach Mondher Kebaier makes a double change. Maaloul and Sliti took the place of Haddadi and Ben Slimane respectively. But it was the Stallions who had the first chance of the second half. Bayala came up against Ben Said. The latter made a save to preserve the chances of the Carthage Eagles.

In the 77th minute, Soumaïla Ouattara cleared the ball away from Wahbi Khazri. But his intervention was too rough and the VAR referees called the central referee. The latter, after viewing the ball, decided not to give a penalty. Five minutes later, Dango Ouattara elbowed a Tunisian. The referee whistled a foul and gave him a yellow card. But after watching the VAR clips, he changes the sentence and gives a red card.

The Tunisians rush forward. But without success. Burkina Faso hold on and qualify for the semi-finals. The Stallions will face the winner of Senegal vs Equatorial Guinea.