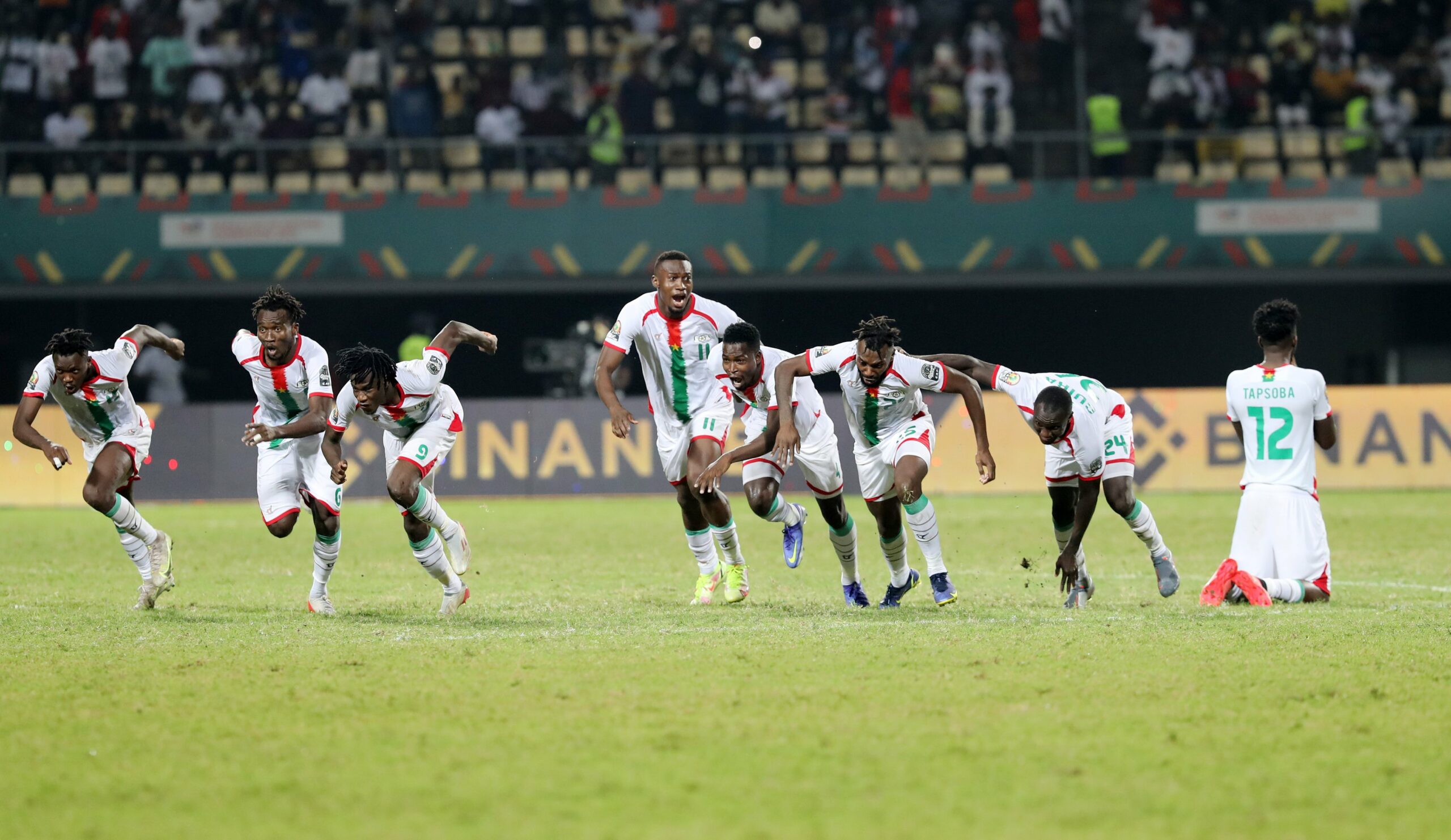 The Stallions of Burkina Faso will make their fourth appearance in the Africa Cup of Nations, AFCON, quarterfinals after a 7-6 penalty shootout win over 10-men Gabon following a 1-1 draw in regulation time on Sunday in Limbe, Cameroon.

The first game in the round of 16 opened with a lot of excitement and expectations are Burkina Faso takes on Gabon at the Limbe Omnisport Stadium.

With just 13 minutes into the game, the Stallions marksman had the opportunity to have given his side the lead from the penalty spot but he failed to convert as he was denied by the woodwork despite sending Gabon's Kouakou Koffi the wrong way.

Traore will later make amends for his penalty miss by making use of a fine pass from Aboubacar Ouattara to break the deadlock at the 28th-minute.

Both sides will later keep posing threats but failing to concrete any of them as they go on recess with the Stallions leading 1-0.

When play will resume for the second segment of the game, things got worst for the Panthers of Gabon. This was at the 65th minute when Sidney Obissa was shown red after a second yellow. Gabon we're reduced to 10 men and the Stallions took advantage of the situation to mount more pressure on their opponents.

However, the resilient back four of the Panthers refused to fall again. At the stroke of full-time,
Adama Guira scored an own on the stroke of full time Gabon's skipper Bruno Ecuele Manga saw his header turned it by his opponent Adama Guira to make it 1-1 with an own goal.

The penalty thriller saw Kanga, Yannis Yapende and Lloyd Palun missing for Gabon while Saidou Simpore and Abdoul Tapsoba did the same for Burkina Faso.

It will be substitute Ismahila who scored and sent the Stallions into the quarterfinals.