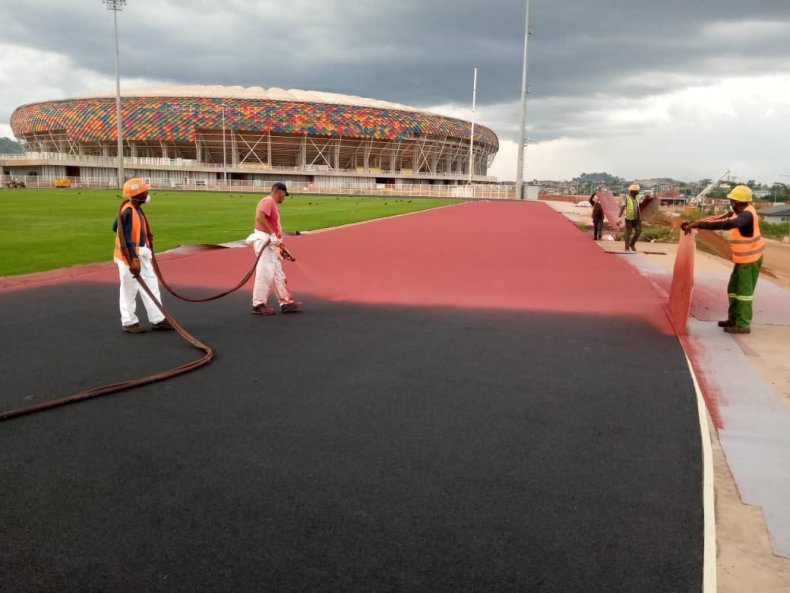 The Confederation of African Football (CAF) attacks, Cameroon counterattacks. At the heart of this media battle, the state of work of the Olembe stadium which should host the opening match between Cameroon and Burkina Faso, January 9, 2021.

Are we witnessing a showdown between the Confederation of African Football (CAF) and Cameroon, the host country of the AFCON? We are not far from such a scenario. The continental body has criticized the slow pace of work on the Olembe stadium, which will host the opening ceremony on January 9.

"I am sorry to note that despite numerous visits, including that of the President and Secretary General of CAF and the vice president of CAF and the promises that followed, the actions have not followed," wrote the secretary general of CAF, Veron Mosengo-Omba. And then he threatened: "If everything is not settled by November 30, 2021, the opening match of the CAN 2021 will take place elsewhere. Arrangements have already been made in this direction, but it would be unfortunate for the Organising Committee, for CAF and for Cameroon," the SG continued.

A few hours later, the Cameroonian authorities were quick to react. "We would also like to point out that in no case, the hypothesis of the relocation of the opening ceremony is considered, and can not be accepted by the Cameroonian government. The Government has taken all necessary measures, on the instructions of the President of the Republic, to ensure that this stadium, which has already hosted its first match on September 3 (Cameroon vs Malawi), is in a state of readiness and functionality for the organization of the CAN ToTalEnergies Cameroon 2021 in pool A as in all other pools," replied the Ministry of Sports and Physical Education.

The Cameroonian Sport Department did not limit itself to this. In a somewhat salty note, it states "As regards the delivery (...), the contractual deadlines remain set by MAGIL to 30 November 2021. Deadlines reiterated during my last visits on 10 and 20 November respectively during the month", the communiqué maintains.