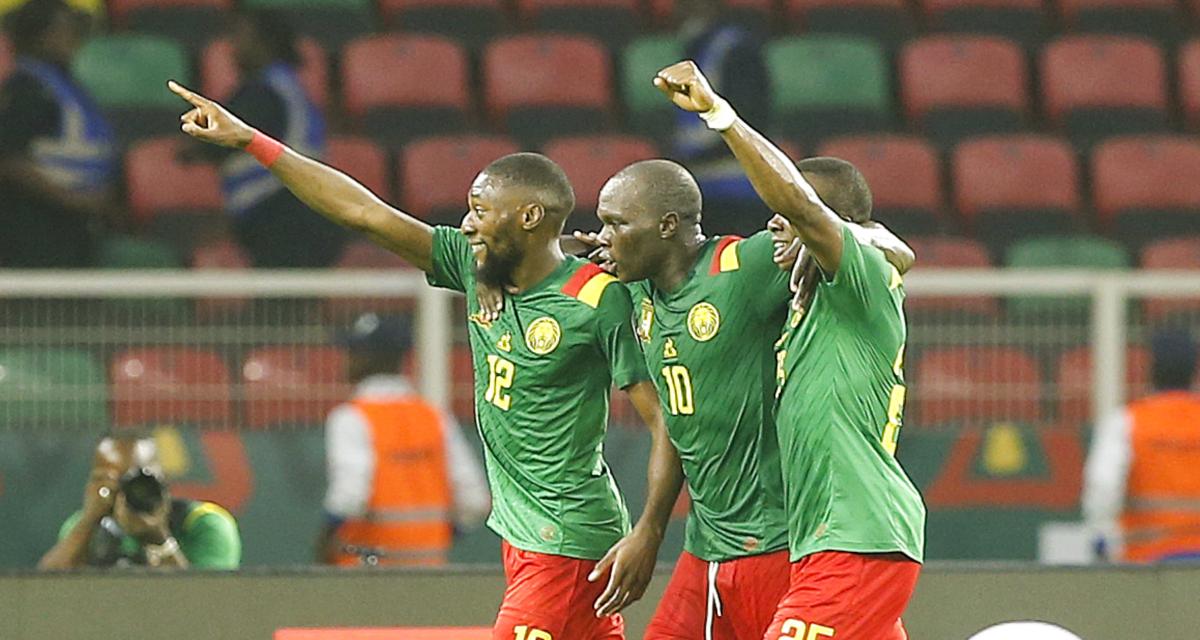 Cameroon vs Comoros, an unbalanced match on paper. On the pitch, however, this match of the last 16 of the 2021 Africa Cup of Nations was very competitive. The Comoros faced the Indomitable Lions without a professional goalkeeper. It was defender Chaker Alhaddur who kept the goal for the Coelacanths.

It was the Comoros who had the first chance of the match. From a free kick 30 meters out, Youssouf sent in a shot that left André Onana in trouble. The latter released the ball to a Comorian striker who struggled to recover.

But the Comorans soon found themselves in trouble. After watching the VAR, the referee sent off Nadjim Abdou, the Comorian captain in the 7th minute. He was deemed guilty of a serious foul on Ngamaleu. From then on, the match was turned upside down. Cameroon put their foot on the ball. However, the Indomitable Lions were unable to get a shot on target. Karl Toko-Ekambi in particular saw his attempt go wide of Chaker Alhadur's goal.

Karl Toko-Ekambi saves Cameroon
The Cameroonians decided to wait patiently for the breakthrough. This happened just before the half-hour mark. After a scramble, Vincent Aboubakar recovered in the Comoros box and set up Karl Toko-Ekambi. The latter sent an unstoppable cross-shot past Alhadur. Ekambi scored his third goal of the tournament in the 29th minute.

The Comoros, buoyed by the energy of despair, reacted. With ten men, they had a double chance five minutes after Cameroon's opening goal. Mogni was served 25 meters from goal and fired a low shot. André Onana got down and turned the ball back to Youssouf. The latter in turn shot at Onana. The half-time score is one goal to zero.

Comoros give it their all
With ten men and no professional goalkeeper, the Comoros resisted valiantly against the onslaught of Cameroon. Goalkeeper for a day, Chaker Alhadur made two saves against Aboubakar and Ngamaleu in the 54th minute.

The Comorian defense finally broke down in the 70th minute. Vincent Aboubakar, who has been unstoppable since the start of this Africa Cup of Nations tournament, received a deep pass from Ngamaleu. He stared at the goalkeeper before finishing. This is his sixth goal in the competition.

The Cœlacanths pushed to reduce the score. But André Onana was unstoppable, yet he could do nothing about Youssouf M'changama's goal. The number 10 sent in an exceptional free kick from thirty metres out. The number 10 sent an exceptional free kick from thirty meters out, which went into the top corner of Onana's net in the 81st minute.

Cameroon won 2-1 and joined Gambia in the quarter-finals. This is the end of the adventure of the Comoros who won the hearts of many football fans.