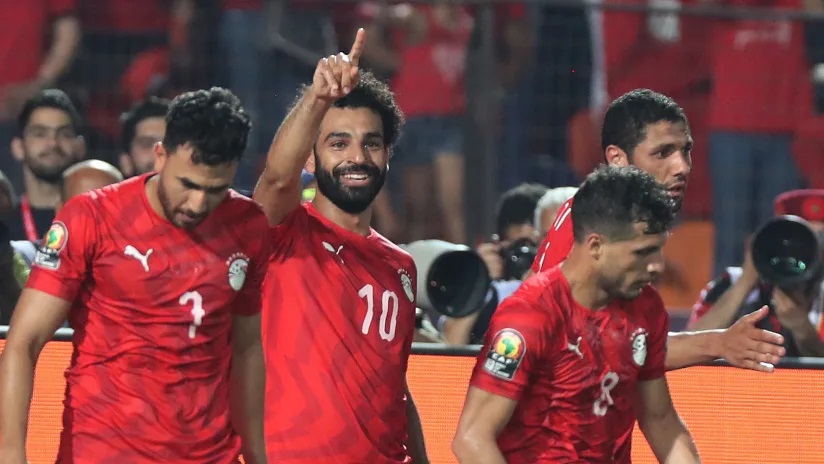 England based striker Mahmoud Hassan ‘Trezeguet’ has been named on Egypt’s squad for the TotalEnergies Africa Cup of Nations (AFCON) 2021.

Mahmoud Hassan, who featured for Aston Villa in the English Premier League has been out of the Egyptian national team set-up because of a nagging knee injury.

Head coach Carlos Queiroz named his 25-man squad this afternoon ahead of the AFCON which takes place January 9th to February 6th, 2022  in Cameroon.

In-form Liverpool striker Mohamed Salah and Mohamed Elneny (Arsenal, England) are also part of the team named. The team is expected to camp for a few days in Egypt before traveling to Cameroon where they will open their campaign against the Super Eagles of Nigeria on

The Pharaohs are placed in Group D which also has Nigeria, Sudan and Guinea Bissau.

Egypt’s Portuguese coach, Carlos Queiroz named six foreign based, but did not include regulars Mohamed Magdy Afsha and Zamalek’s Tarek Hamed who feature for Al Ahly and Zamalex respectively in the Egyptian Premier League.

Egypt, the holders of seven AFCON titles lost to South Africa 1-0 in the round of 16 at the AFCON 2019 that they hosted.