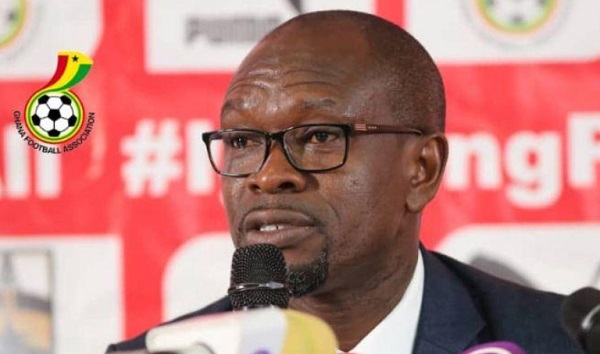 Former head coach of the Black Stars, Charles Kwabla Akonnor, had revealed that youngster Abdul Fatawu Issahaku can be one of Ghana’s outstanding players in the upcoming Africa Cup of Nations (AFCON) tournament when given the opportunity in Cameroon.

Akonnor, who currently holds the record as the youngest Ghanaian player to score at the Africa Cup of Nations tournament at the age of 20 when he scored against Kenya at the 1994 tournament in Tunisia believes the 17-year-old Dreams FC star when given the opportunity has the potential to showcase his talent and quality to the world.

“If you get a chance as a youngster. You should be ready. What he did with the U-20 is graduation. When he came to the Black Stars i integrated him gradually. He stands a big chance to show his talent if he gets the opportunity”-CK Akonnor stated in an interview on Happy 98.9FM in Accra.

Abdul Fatawu Issahaku played in Ghana’s friendly match game against Algeria on Wednesday and was substituted in the second half after picking up an injury.

The youngster is back to training after that injury scare in the Algeria game.

He won Player of the Tournement at the 2021 U20 AFCON tournament.

Making his debut in the on going 2021/2022 Ghana Premier League, the youngster has scored six goals so far .

The Black Stars will begin their AFCON campaign against Morocco on January 10 in Yaounde.

Ghana is in Group C alongside Morocco, Gabon and Comoros.