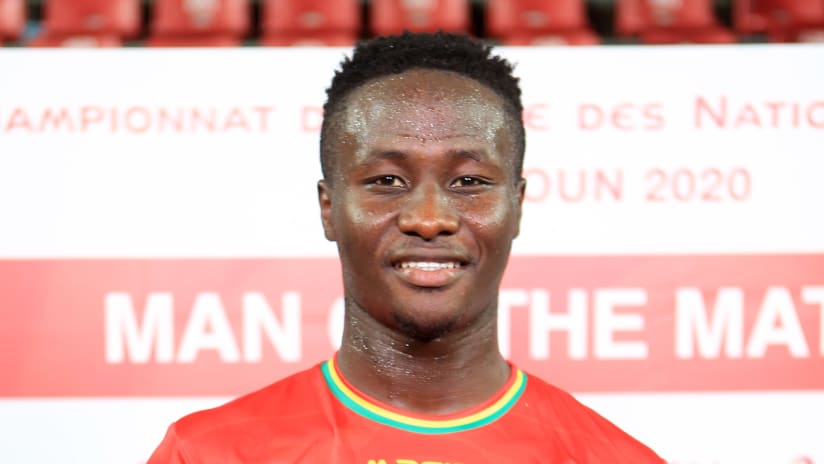 Morlaye Sylla's dribbling, acceleration and goals are still remembered, especially his masterful free-kick against Rwanda which helped the local Syli to reach the quarter-finals of the CHAN Cameroon 2020. For Morlaye Sylla, this progress is anything but insignificant, says Souleymane Camara "Abédi" coach of SOAR academy (D1 Guinea), and also former coach of Morlaye Sylla in club (Fello Star, Club Olympique de Coyah ...) and in selection (U20, U23). He talks about the boy he helped forge.

"I had Morlaye with the U20 I would not say he was in despair but he was really shaken. He had just come back from Portugal (Arouca) where it didn't work out. He took the initiative to come back home. I found him at Fello Star de Labé before taking him with me to Coc de Coyah and then I placed him at Horoya AC where he is currently playing.''

For the second best player of the CHAN in Cameroon a year ago, this success in the Guinean championship and on the international scene is the result of hard work, but also the result of a rigorous control of his parents. His father, who is always present at the stadium to encourage his son, keeps a close eye on the young footballer, as his former coach, Souleymane Camara "Abedi", told SNA

"Yes, there is the involvement of the family in part but also the conscience of the player. I sent Morlaye Sylla to Nancy and Lens where he did not succeed. Finally he agreed to return. I looked for a visa for Ukraine for him. At the last minute we were told that it was for a trial. I asked him to refuse. He accepted and then I advised him to join Horoya AC. He accepted and finally he is flourishing with the Guinean champion.''

Many observers of Guinean football refer to him as his mentor, who took him under his wing wherever he went, for club and country. But also the one who allowed him to do many training courses in Europe. "Abédi" believes in the potential of the young player. "Morlaye Sylla has proved what he is capable of. He is a young player full of talent. He proved it during the qualifiers for the World Cup and the African Cup. I think he is just waiting for his chance to prove his talent as it was the case during the African Championship in Cameroon.''

Morlaye Sylla, who had marked the African Nations Championship with his talent, returns to Cameroon. But this time with the Syli National of Guinea. With an ambition to do as much or better than his last stay in the country of the Indomitable Lions where he obtained the bronze medal synonymous with third place in the CHAN.