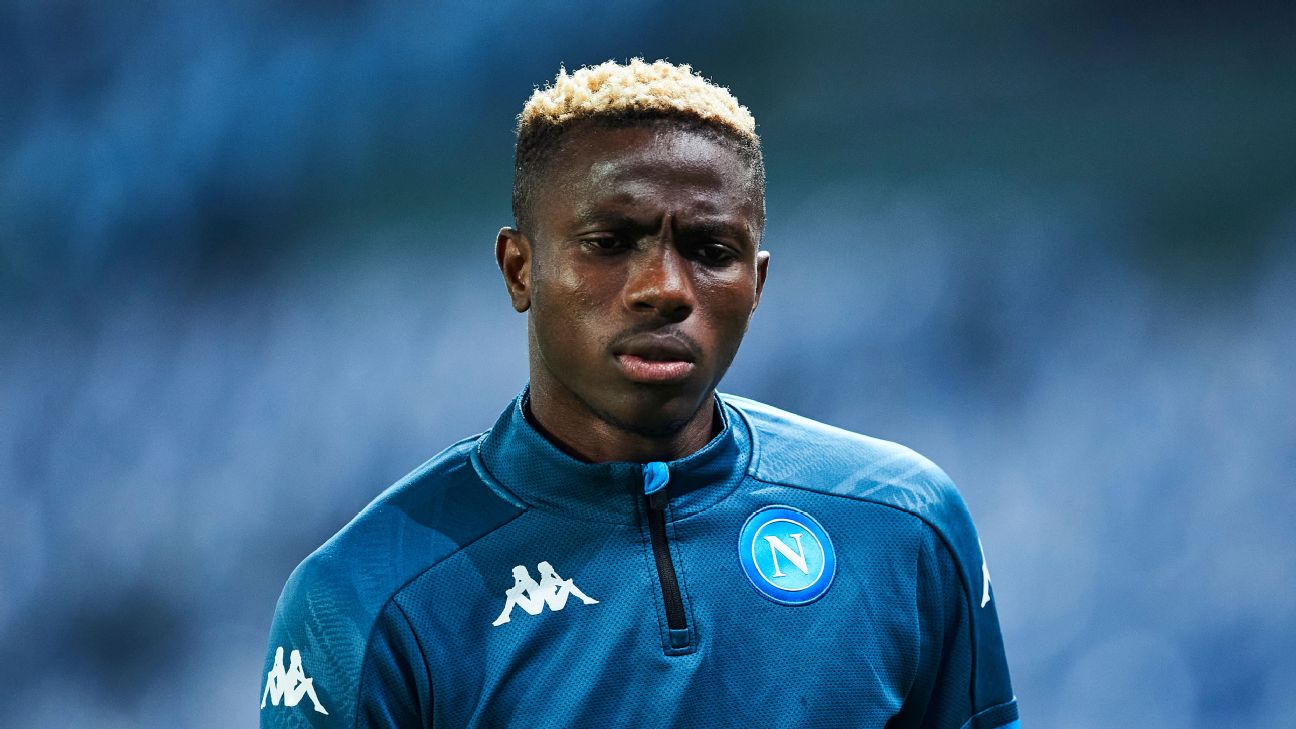 Fresh worries hit Nigeria's senior national team ahead of the 2021 Africa Cup of Nations in Cameroon after Napoli confirmed the injury to striker Victor Osimhen during their Serie A defeat against Inter Milan on Sunday.

The 22-year-old striker has been in breaktaking form for the three-time African champions in the recent games, scoring four goals in six matches during the just concluded second round of the 2022 Africa's World Cup qualifiers.

On Sunday, the Nigeria international chopped a horrible injury following a clash of heads with Inter Milan's Skriniar and he was immediately replaced by Andrea Petagna moments before the hour mark at San Siro Stadium.

Before his second half injury, Napoli gained the lead courtesy of Piotr Zielinski's strike in the 17th minute but Inter leveled eight minutes later through Hakan Calhanoglu before Ivan Perisic completed the hosts comeback on the brink of the half time break.

Following his exit from the pitch, the visitors were eventually condemned to their first league defeat of the current campaign as the champions eventually claimed the maximum points thanks to Lautaro Martinez in the 61st minute despite Dries Mertens' late effort 12 minutes from time for the visitors.

In a statement on Sunday evening, the Italian club further disclosed that the Nigerian has been diagnosed with multiple cheeckbone fractures and is set to undergo surgery in Milan in the coming days.

“The instrumental tests carried out on Victor Osimhen at the end of the Inter-Napoli match revealed multiple displaced fractures of the orbit and of the left cheekbone,” Napoli said in a statement on their official website.

“The player will undergo surgery in the next few days and will remain under observation at the Niguarda Hospital in Milan tonight [Sunday].”

On the same subject, Napoli coach Luciano Spalletti told DAZN as quoted by Football Italia, saying: “He has been taken to hospital for tests and there are fears he might’ve fractured his cheekbone.

“He is generous and lets himself get caught up in what’s happening around, but he has to make choices. If he chases everyone, we have to adjust to chase him and it becomes a constant sprint to keep the team tight.

“He has this swollen eye and couldn’t see very well, so he needs tests. The swelling went up around his eye and I hope it is just a bruise. I hope.”

So far this season, Osimhen has netted five goals for Napoli in the top-flight in 11 appearances.

In the wait for the outcome of the surgery, Nigeria will hope to avoid a huge blow as the West African nation look to take part in the Africa Cup of Nations finals to be held in Cameroon from January.